Yesterday’s San Francisco State University Xpress had an article on O’Bon. According to the article, the company is Malaysian headquartered, with sales in Asia and North America. They make “environmentally friendly” products such as pencils cased in recycled newspapers.

A blog, where they mention, among other things, that their pencils have met U.S. “dumping” definitions, and that “Giving our money to wood pencil manufacturers is painful for us.”

A product website, which says “Say “No” to Wood Pencils”.

I didn’t notice any citations or research in their many claims. One example: they claim their pencils last three times as long as a regular pencil.

O’Bon and similar companies clearly have some traction, and pencil manufacturers should take note.

I have to admit one thing. There is a major difference with the various woodless and “environmentally friendly” pencils that regularly appear, but which are low in quality – O’Bon’s pencils are usable if not good. 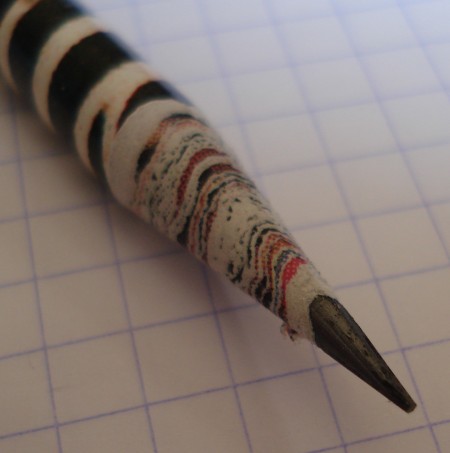 The O’Bon pencil weighs about 50% more than most modern pencils. It is made in China, and claims a ‘2B’ lead. Sharpening produces a huge single plume of compressed paper residue. Though very intriguing looking, the huge plume reduces the ability to be sharpened in sharpeners with enclosed canisters. 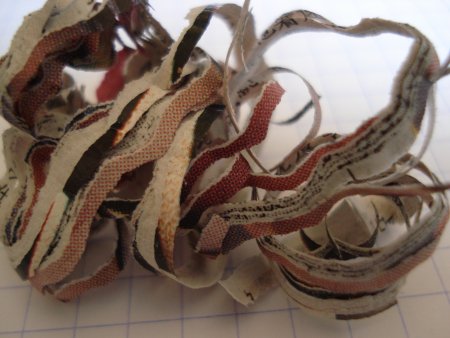 The graphite core is strikingly black, shiny, and solid. The lead’s luminescence is different than that of a standard woodcase pencil.

Woodchuck explained this as a graphite-plastic composite material. I liken it in some ways to the lead of a mechanical pencil.

The negative for some (apart from the casing) will be the shinier than usual markings. But overall, I think most will find it good-enough, if not actually good.

Now as to their statements and claims about woodcase pencils – what do you think?