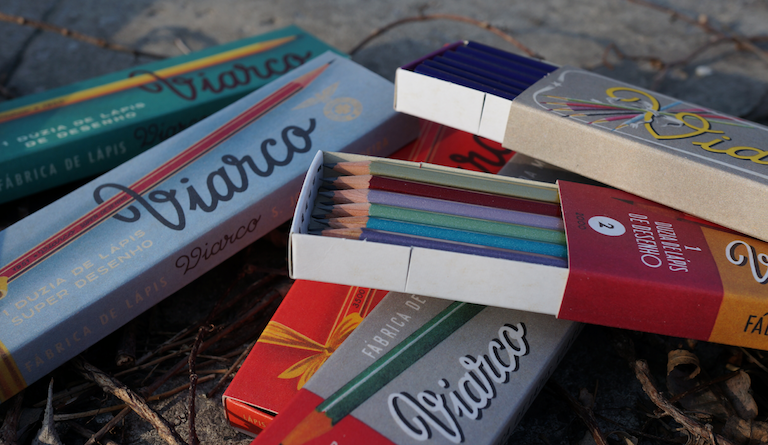 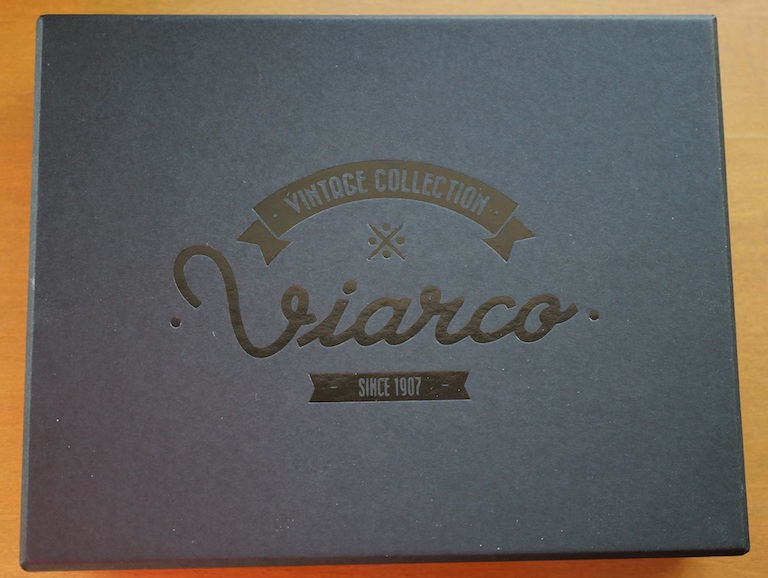 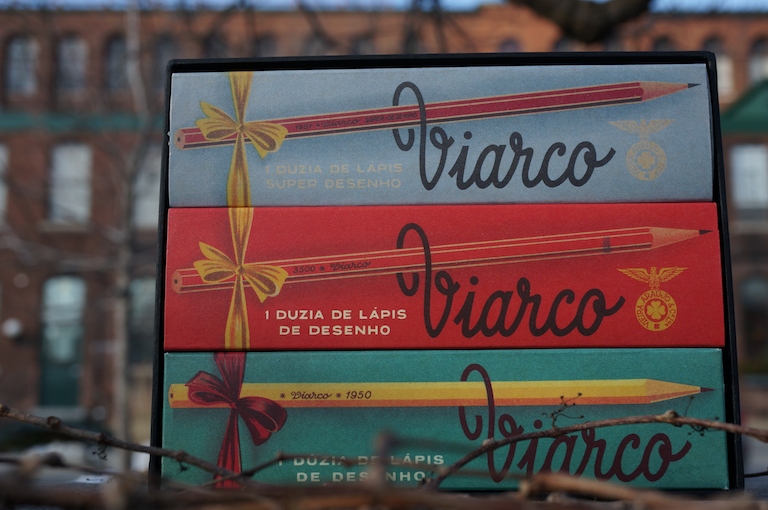 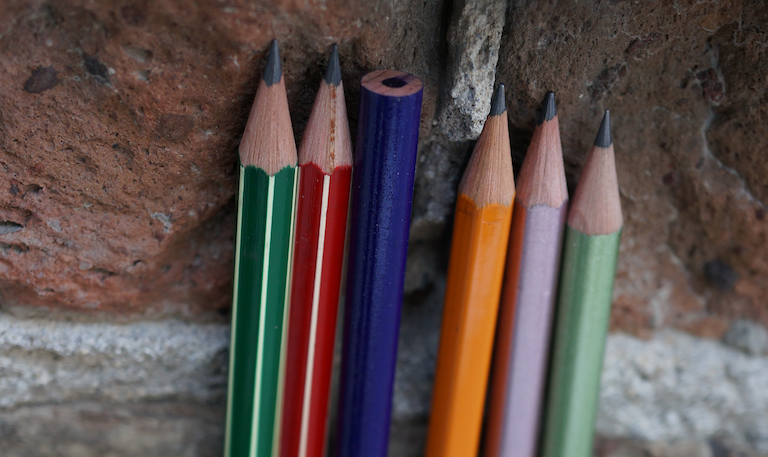 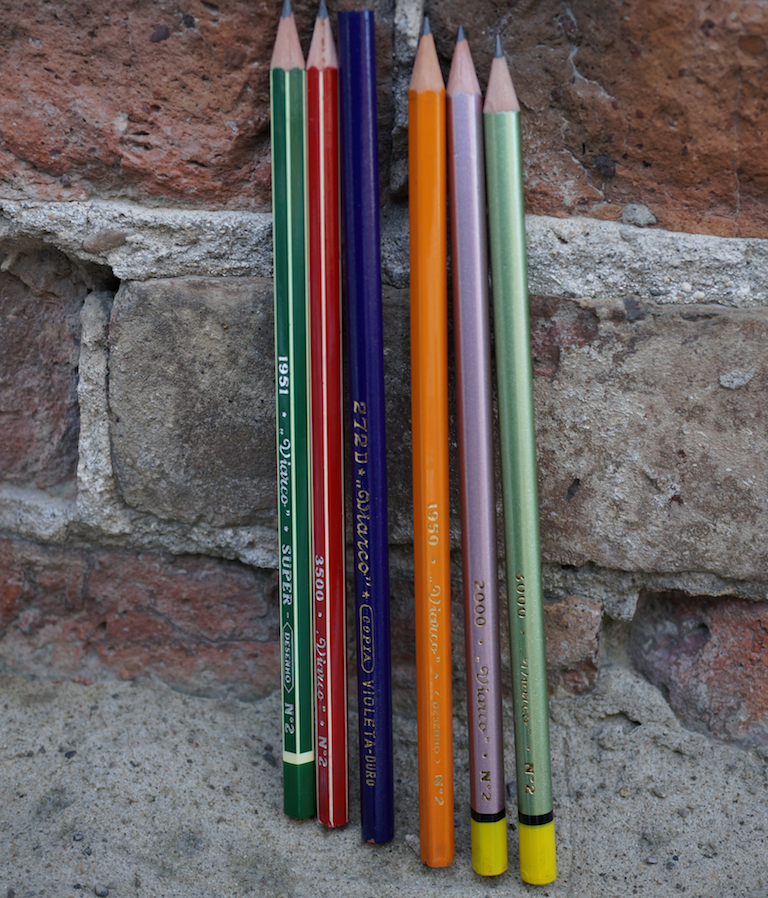 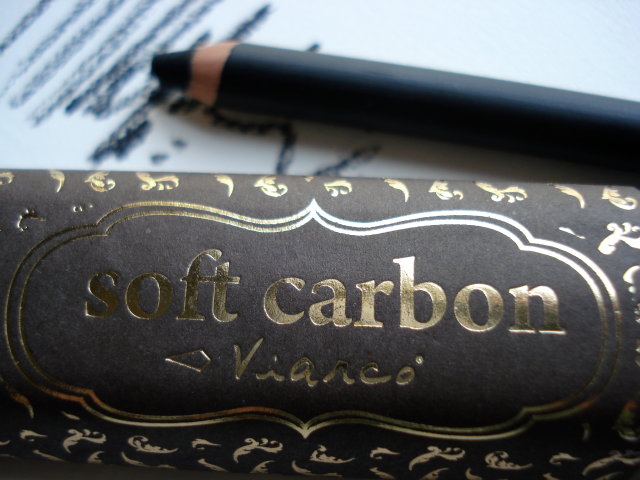 The lack of art and craft in the packaging of modern stationery is regularly lamented at this blog. A manufacturer who is bucking the trend is Viarco, who have launched a new carbon pencil that is beautifully housed.

A set of six pencils are wrapped with paper and tightly bound with string at both ends. This is historically accurate, but with a new design and product. 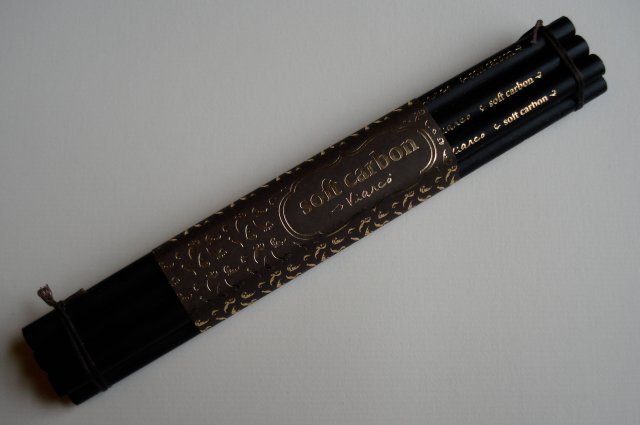 The cores constitute a large proportion of the pencil, with the wood slats being unusually hollowed out: 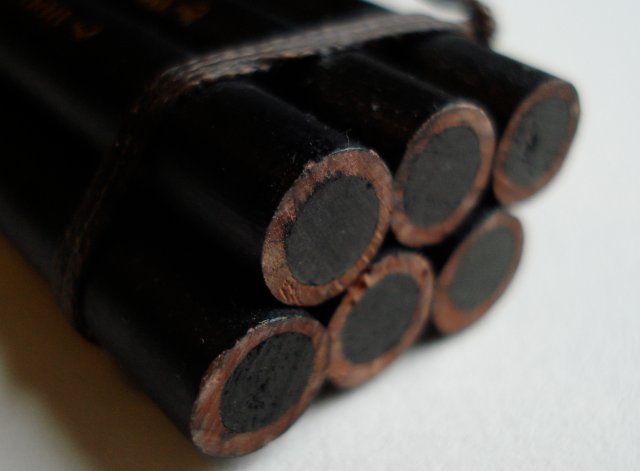 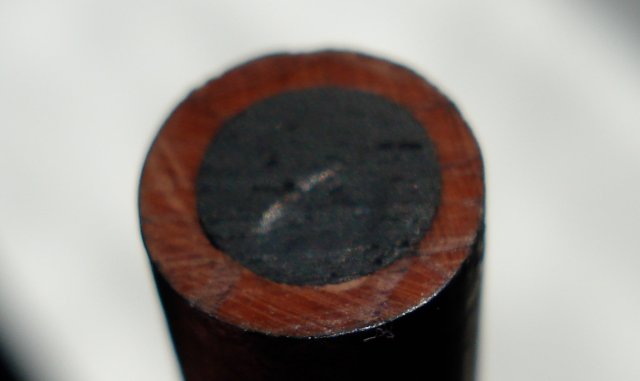 “Carbon” can signify a range of ingredients. This pencil is very waxy – the core can be indented with a fingernail. If you think of the brittle characteristics of vine or willow charcoal, it is the opposite, while being in the same broad family. On Strathmore Charcoal paper: 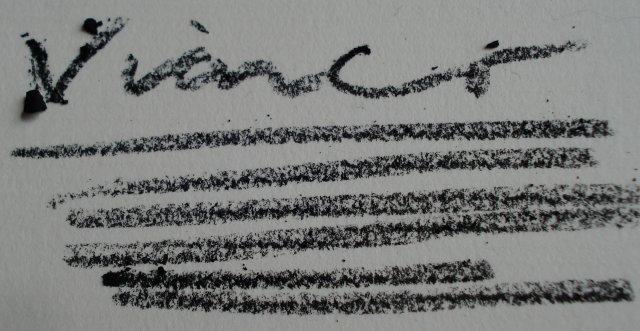 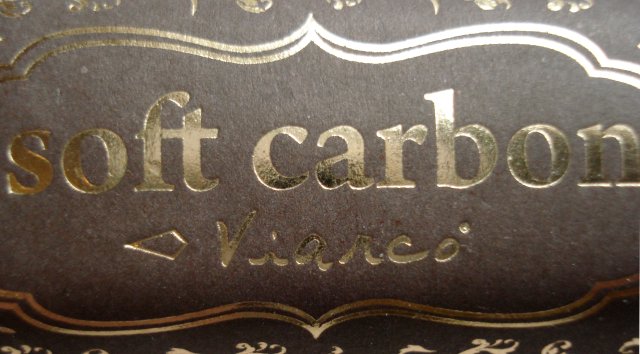 I salute Viarco for paying attention to the little details that many of us treasure.

The ArtGraf pencils are a pair of 22cm black and white pencils. The matte black finished “Soft Black” is a carbon based pencil, while the glossy white finished “Water-Soluble” is, as the name states, a water soluble pencil.

The format and presentation are unique and compelling, yet modest. Pencils of this dimension are truly unusual (a standard pencil is about 17.5cm) , and the combination of the two artist specialty formulas results in a very nice product. 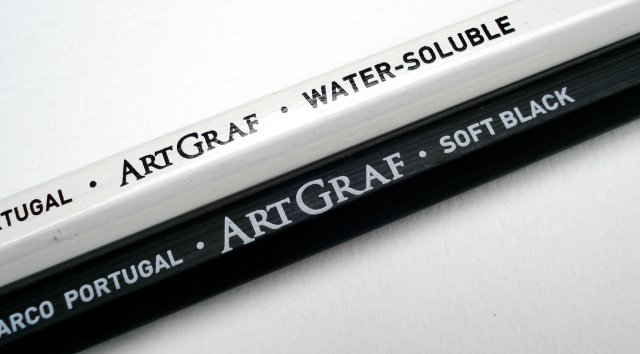 The specific formulas may be a matter of prefence (I found the Caran d’Ache water soluble pencils easier to use as a beginner), but it is hard to imagine than anyone who likes graphite based artistic media would not be impressed by a gift of ArtGraf pencils. 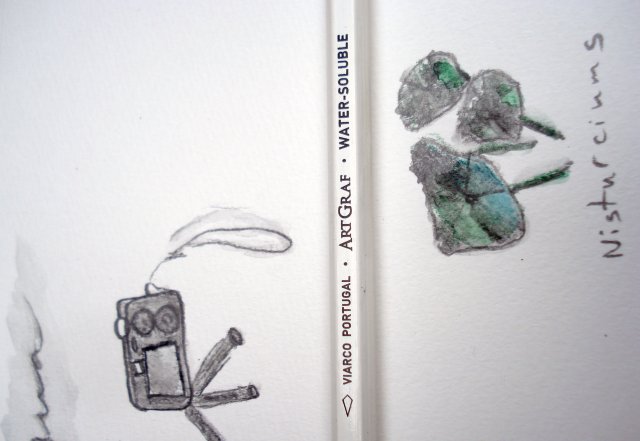 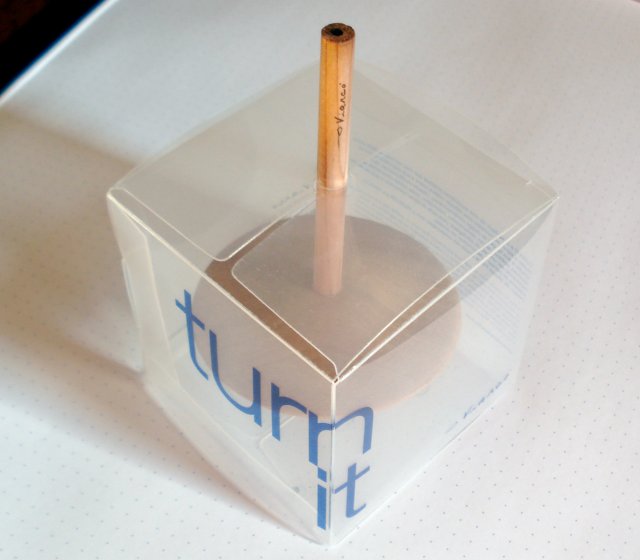 turn it is a wooden top whose axis is a woodcase pencil. 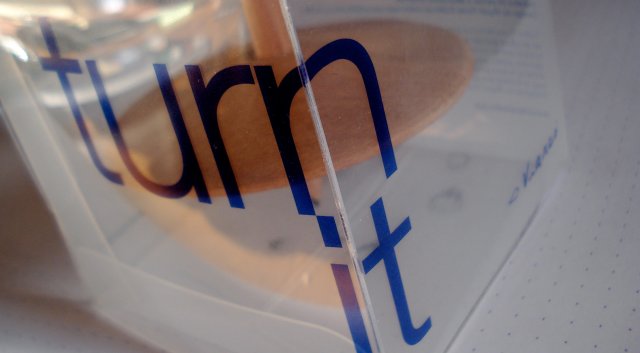 The packaging tells me that the design is by Miguel Soeiro and was produced by ESAD.CR and Viarco. 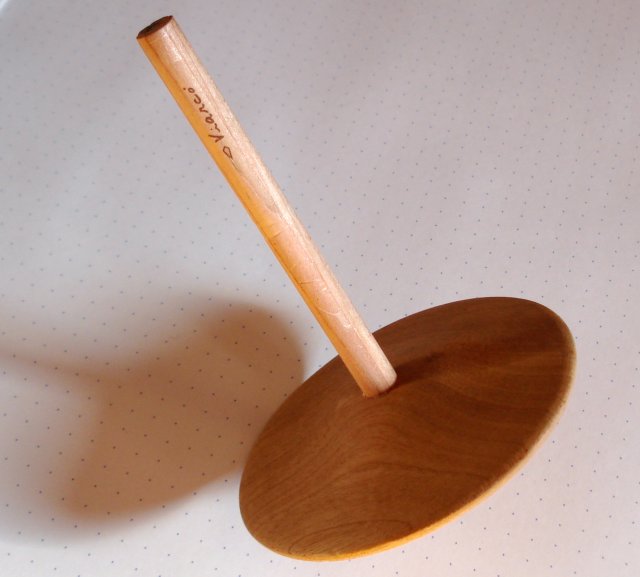 This is a short video showing the top in action. Depending on your browser, it will open inline in a new window, or download as an .mp4 file: 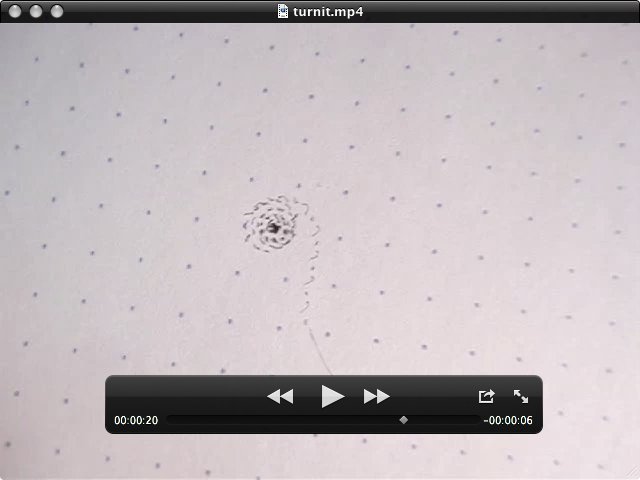 That was with minimal spin. You can get much more “air time” with practice, and the patterns left by the pencil also become quite intriguing: 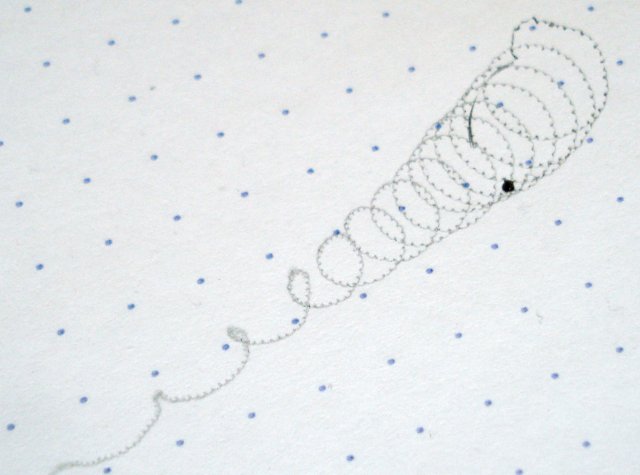 I’m sure a crafty person could build something like this on their own. Do you like it?

Matthias of Bleistift also received a few of these from Sean, and seeing my post, took pity on me and kindly redirected a few spares my way.

More recently, I learned of the limited edition (I have box no. 296) World Press Cartoon pencil.

The blue pencil is meant to fill out J. C. Penney surveys, and the purple (and hexagonal) pencil is a souvenir from an international cartoonist conference, and was made by Viarco of Portugal.

With a regular pencil for contrast:

I remain amazed that pencils can be manufactured at this scale. Have you encountered pencils like this?

We have seen some specialty pencils from Viarco of Portugal, namely the Violeta Copia copying pencil and the Olympico and Comercial red and blue pencils. Today we’ll venture into more mainstream territory.

For those who didn’t read those articles, I’ll restate that “Viarco is a 94 year old pencil company from João da Madeira, Portugal, who produce a wide range of pencils – writing pencils, drawing pencils, carpenter’s pencils, and yes, even copying pencils and red and blue pencils – with a staff of twenty-eight!”

The Desenho Premium is made from incense cedar, and finished in matte black (including the cap). With silver lettering, it is an appealing combination.

Hexagonal, the pencil comes factory sharpened, and is easily resharpened. Like other matte finish pencils, the grip is excellent.

The pencil’s weak point is the lead. To me, it seems just average in smoothness, or perhaps slightly above average. While still a very good office pencil, I was disappointed that the Desenho Premium wasn’t just a bit more “premium”.