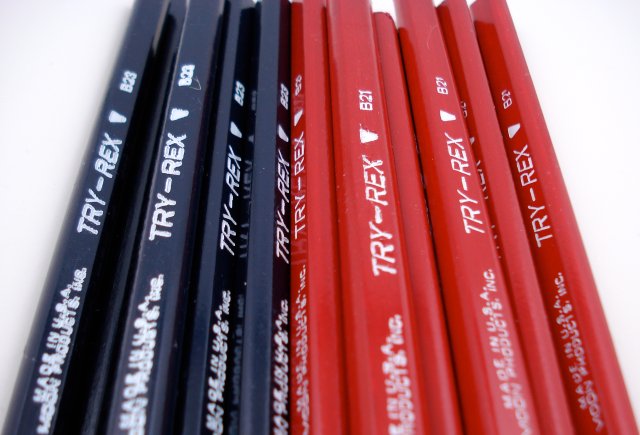 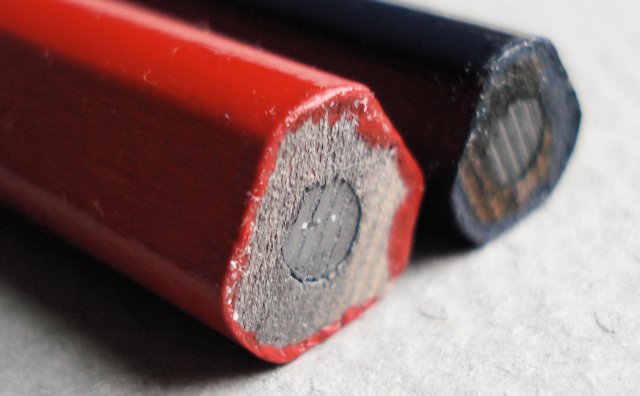 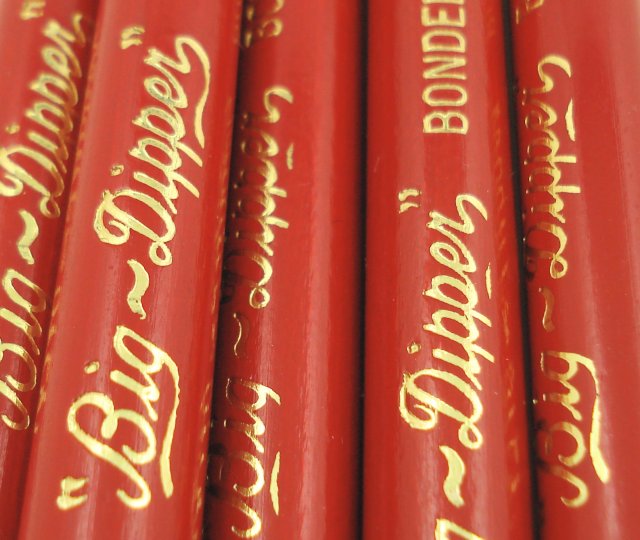 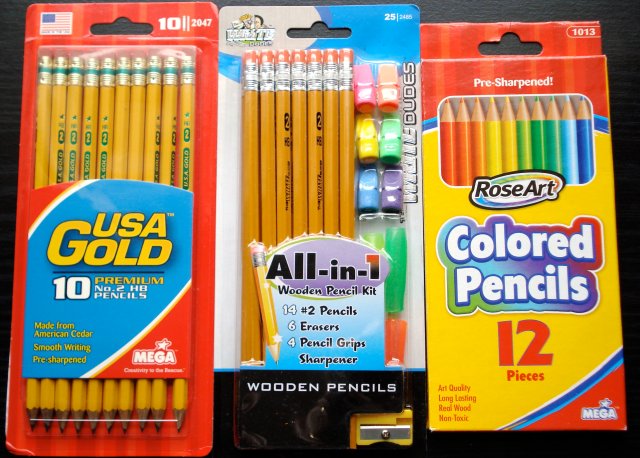 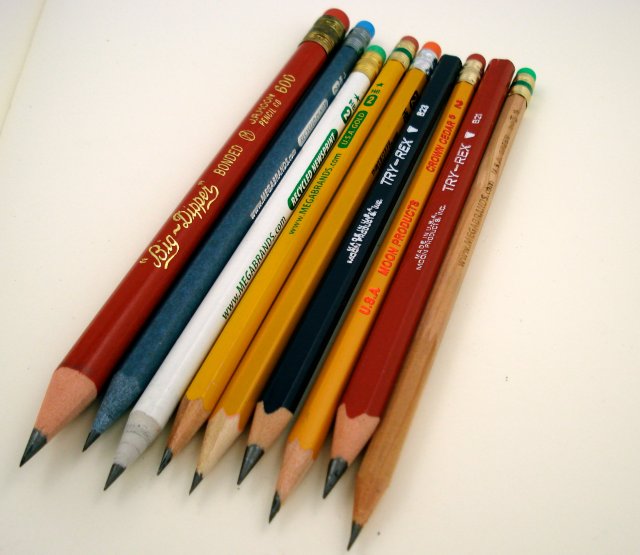 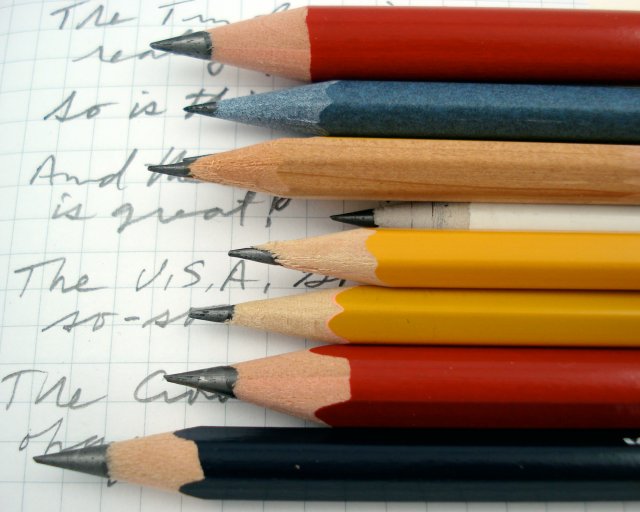 Want to buy a pencil company? Mega Brands announced that they are considering selling their stationery division, possibly back to the original owners of RoseArt Industries. Mega Brands may be in financial trouble.

A few years ago, Mega Brands got news for their lawsuits with Lego. Today, the news is about ongoing recalls of their unsafe Chinese supplied toys.

The pencil line includes the “USA Gold”, which I’ve never seen, many novelty pencils, and still, the “Try-Rex” triangular pencil.

(The photo above shows relatives of the Try-Rex, two vintage Richard Best Royal Scots, made in Springfield, N.J.)