A goal I’ve set in reviving pencil talk is to talk more about all things local – products, retailers, and more. And for me, local now means Toronto, Ontario, Canada.

One of the things I’ve been trying to do is reacquaint myself with local stationers – and I’ve noticed something I find really odd. Stationery stores are hiding themselves. Not all of them, but these two stores are situated such that walk by traffic must be near zero. They are in out of the way destinations, and hard to locate. You basically have to learn about them, then plan a trip.

Perhaps some readers with retail knowledge can comment. Your insights would be appreciated.

First, Wonder Pens. You may have heard of them – they have a major social media presence. This store is on a side laneway of a warehouse building on a former industrial street that has largely been converted to offices and housing. There isn’t much retail around that I observed.

Though they do have signage, I couldn’t even find the front door at first – I entered an unlocked utility entrance that led to a series of locked doors. (The door on the left in the photo. The “main” door did not initially look like the store entrance to me.) 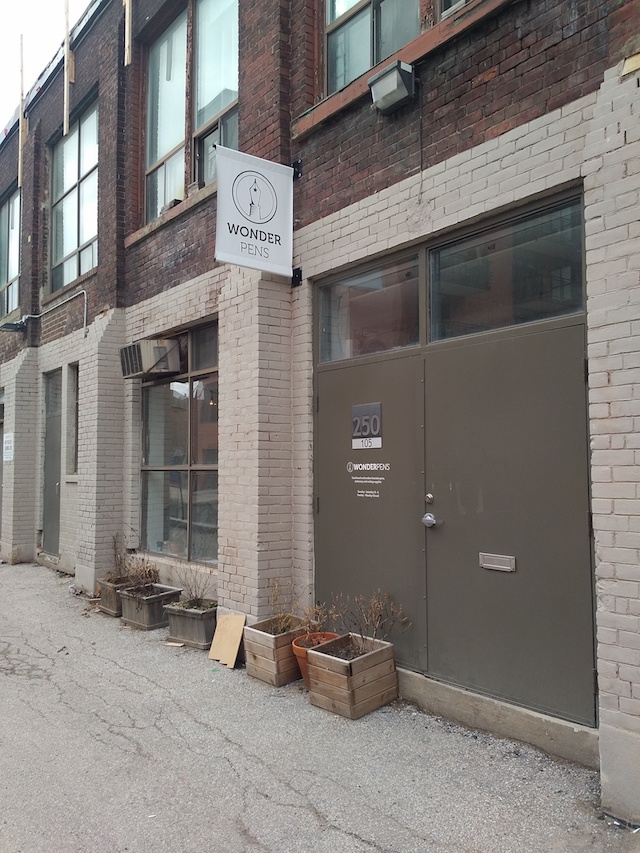 Wonder Pens is great, and worth a trip if you’re visiting Toronto. They’re conceptually the opposite of more traditional stores that store product in locked glass cases. You can try many fountain pens freely, and just being able to do this is already a difference that makes the products much more accessible.

They have a formidable paper selection, with many products from European and Asian companies that I’ve previously only seen online. I’ll be featuring at least one item in a future post. Unfortunately, there wasn’t anything of much interest on the pencil front.

So, if Wonder Pens is off the beaten path, I Have a Crush On You is in witness protection. It is located in a former warehouse and factory district that has largely been converted to tech offices. The store is on a side street of this area, one with no retail. Further, they are accessed via a wooden stairwell in a parking lot area.

The store is unexpectedly good. I believe I’ve been to the major stationery stores in Vancouver, Toronto, Montreal (and Northern California), and I am pressed to name another retailer with so much original and creative material that comes from local sources, or from the store itself. There is a very high proportion of items in this store that you’ll find only there. 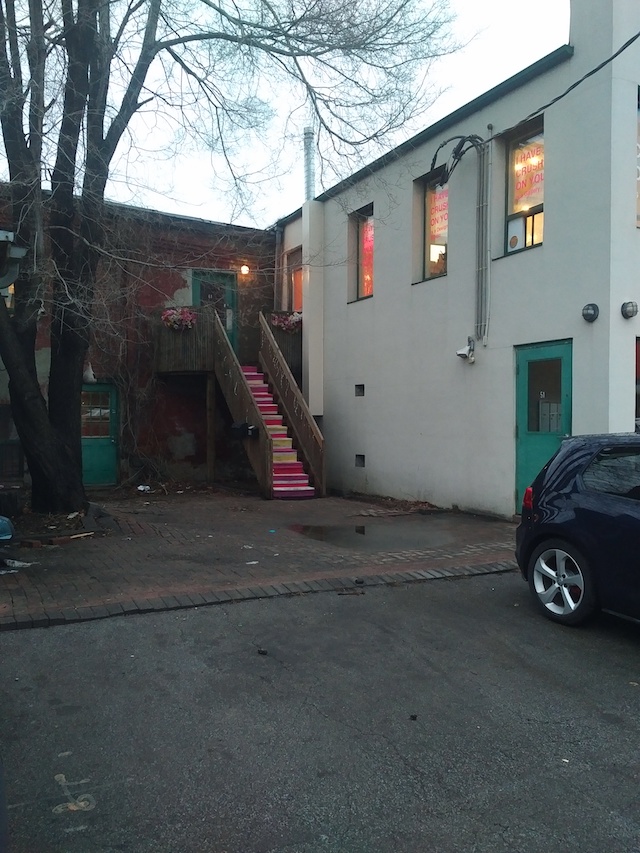 And, it isn’t just a store. It is a gallery, and a working studio and production centre with live letterpress equipment in use.

They have a lot of cards and paper items, notebooks, “hotel keys” with Toronto neighborhood names inscribed. Not so many writing implements.

Even the non-local items struck me as really interesting. They had a necktie made of something called sonic fabric.

I had just seen Evan Holm’s WaterTable at the San Jose Museum of Art, and I found it striking how cassette tape is being artistically explored in 2017, and not just as decoration, but the core sound reproduction properties. The store is definitely in tune with trends.

I like both stores and want them to stay around! I hope they know what they’re doing with their chosen locations!

Stationery Fever is a recently published hardcover book that explores the modern stationery scene. The book is lavishly illustrated, and unique in featuring dozens of contributed essays and photos. 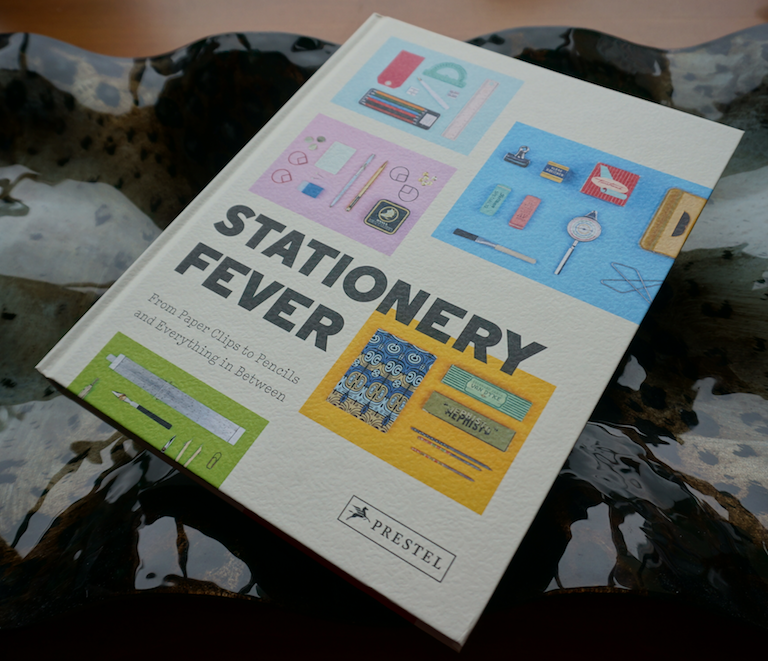 The author’s name is not on the book’s cover (though is inside) and the multiple supplemental essays are largely written in the first person without attribution. Given the collaboration, it is little surprise that three full pages are required for just the copyright, credit, and acknowledgement pages. And even then, we don’t know the names of many of the essay authors. It also isn’t clear to me what parts of the content may have been published in translation.

The book is a delight, and nicely covers a lot of themes that I sympathize with. It correctly recognizes the pencil as worthy of contemplation. The multiple points of view are also a breath of fresh air.

There is an amazing unity in the viewpoints of stationers – whether in Asia, North America, or Europe, natural lighting (if possible) highlights white tables that display high quality artfully arranged stationery items. The preference is for goods made by hand, and locally if possible. The tactile is emphasized.

Product essays are devoted to the familiar – the Parker 51 (in 2005, when pencil talk started, the ’51’ was pretty much the online favorite writing implement), the Eberhard Faber Blackwing, and to the new – the Neri leadholder and the Faber notebook.

There is an essay by Gunther from Lexikaliker on the Grenade sharpener, and the Blackwing article appropriately interviews the Blackwing’s leading chronicler, Sean of the Blackwing Pages. I expect 2017/18 to offer more new published writing on pencils than we’ve seen in decades, and this book is a harbinger.

The book will appeal to anyone interested in the constituent subjects. I read it cover to cover on two weekend afternoons. Even subjects that weren’t particularly high on my radar, such as “Glue”, were really interesting. A comparison of the Pritt stick vs. the UHU stick, as an example. The intriguing story of the first adhesive tape (Dr. Horace Day, Surgeon, 1845) through to the Post-It Note (Dr. Spencer Silver, 3M Scientist, 1968). The only issue is the lack of citations, for those of us who would like to read further.

The book is a two-in-one – a nice review of many stationery topics/histories, plus an anthology of contributed essays and photos. It is a delight.

Tiny Pencil is a self-described “new all-graphite anthology artzine” launched by Amber Hsu in the UK. In my words, it is a fantastic new art magazine which showcases drawings composed with graphite media.

There is a lot of artistic diversity, with realistic and abstract styles, cartoons and classical studies all getting a place of honour.

As soon as I heard about this venture, I ordered a copy. Posing with some unprocessed graphite and clay: 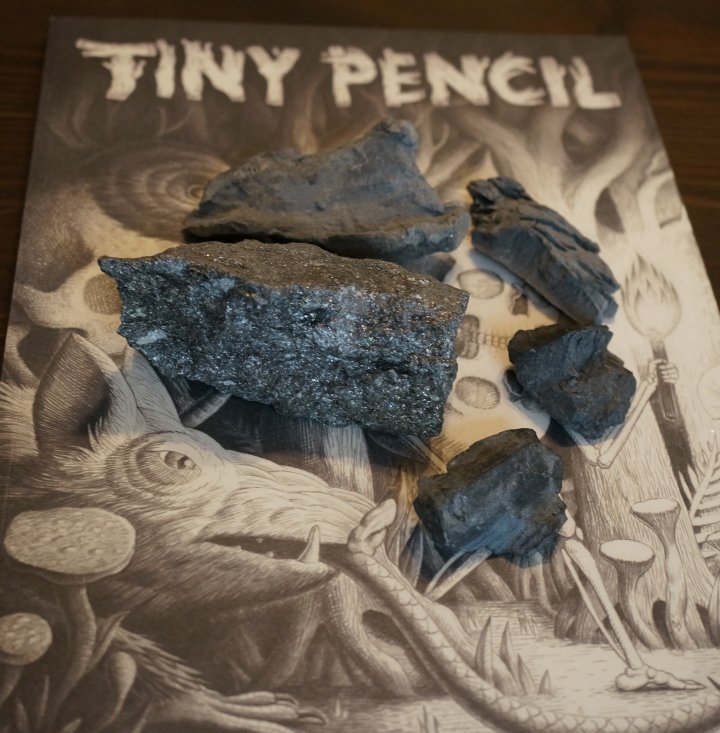 And some photos provided by Tiny Pencil: 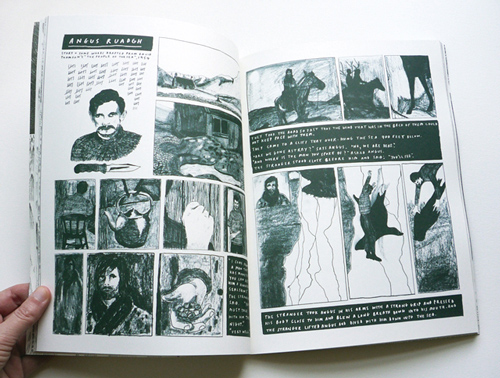 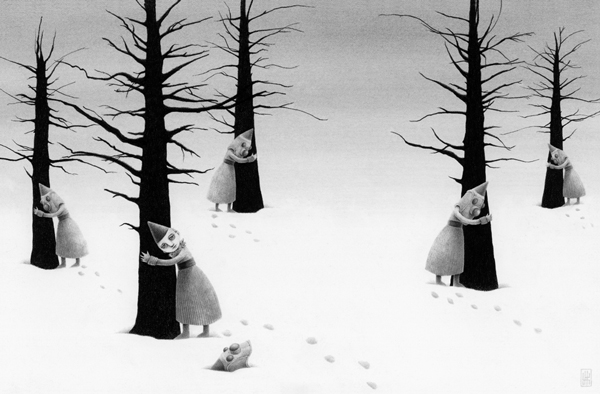 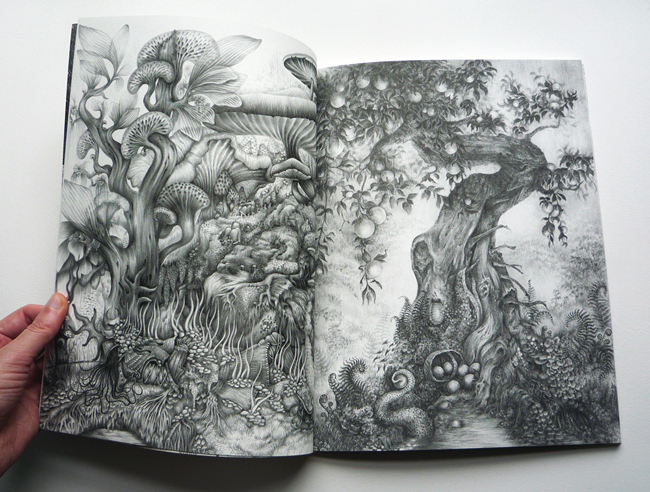 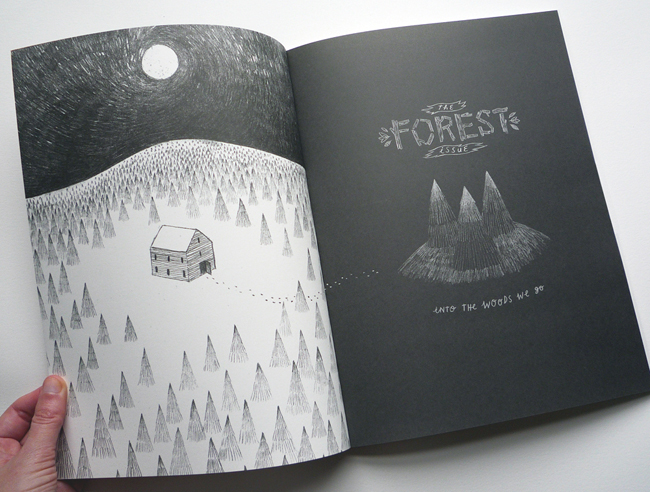 These images are copyright the individual artists, and used with the permission of Tiny Pencil.

When I’m in a public gallery, graphite drawings are often only present when the curator has decided to feature (and has the luxury of sufficient space to do so) the artist’s preparatory work. But when I look at one these haunting drawings by Yoko Tanaka, I don’t think that any finishing is necessary – it is a complete work.

Though it calls itself a “zine”, the volume is professionally bound and printed. If you order a copy, please let them know you heard about it here.

I am really glad to have learned about Tiny Pencil, and thank Amber for contacting the blog.

While performing a search for pencils, it’s hard to not notice the “This site may be compromised” warning that Google displays in the pencils.com listing:

Though I imagined for a moment that Google might be judging the pencils.com marketing practices, the notice is merely about a possible malware infection.

My apologies – I am far behind in responding to email. Further, the router that connected my previous mail server to the net died. It was in this state for some days before corrective action was taken, and messages may have bounced. If your message to me was returned, I did not receive it. Other email should still be on the server, but is currently inaccessible. Newer email (August 26th onward) has been received, and a new system is online.

The blog has taken an unplanned summer hiatus. It will soon be back!