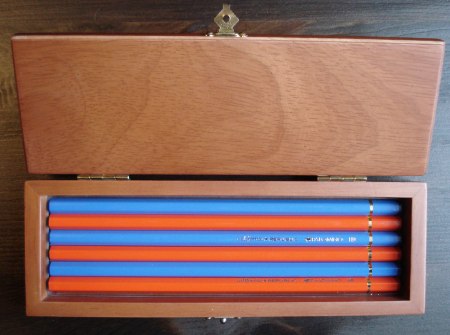 The third and final box of pencils that I was able to locate comes from California Republic Stationers. Two years ago on this blog, it was suggested that these pencils deserved a wooden box!

I was pleasantly surprised – the box has a pleasing patina, and seems reasonably sturdy, with a hinged lid. The hinge hardware is pleasant though generic. 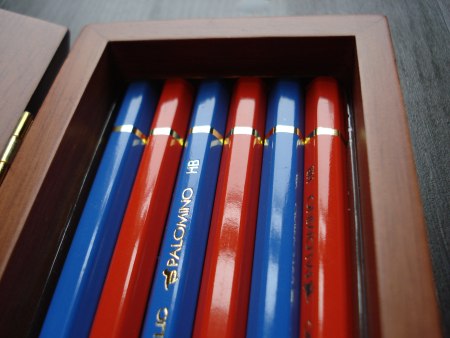 The box has six pencils – three red, three blue, produced by California Republic’s unnamed Japanese manufacturer. The last Palominos I bought were factory sharpened, while these are unsharpened. The box looks like it could hold another layer of six pencils. The pencils are seated in a clear plastic tray. 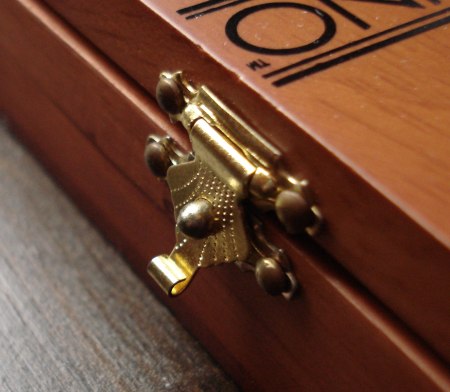 The box I received has some slight blurring/smudging of the graphical imprint, but it doesn’t detract much from the aesthetics.

Overall, it is a very nice box of pencils.