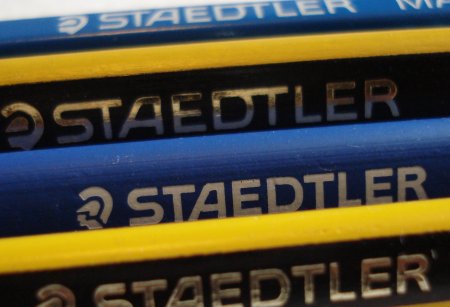 Staedtler is one of the two leading global pencil manufacturers. I thought it would be interesting to look further at just what their pencil offerings are.

I took a look at the twenty-two national sites referenced by staedtler.com.

Globally, Staedtler offers twelve pencils in four lines. Most European countries get the full range, and the rest of us are offered a subset.

The premiere line, Mars, is composed of the famous Lumograph, and ancillary Stenofix and ergosoft variants. “ergosoft” actually refers to the triangular shaped pencils with rubbery coating – there are other non-Mars ergosoft pencils (Noris, colouring pencils, etc.).

The second line, tradition, is especially interesting, because it is currently being made in both Germany and Australia. The Australian plant also makes a variant with an eraser.

The Noris is the student line, and has six versions.

Finally, the Minerva, whose country of origin isn’t mentioned, is the discount pencil. This is apparently Staedtler’s oldest surviving pencil brand.

I suspect these offerings reflect the importance of children in the marketplace.

Some national sites also show other pencils. Australia and Thailand both have large lists of additional pencils, while the U.S. lists non-repro and non-print pencils from Staedtler Austria. (Which aren’t on the Austrian site.)

While interesting, some pencils – the Norica, the Rally, the Cadet, etc., are not on the wesites as far as I could determine.

By model number, the pencils are:

Overall, it is an impressive range. I wonder how many retailers actually carry all twelve pencils?