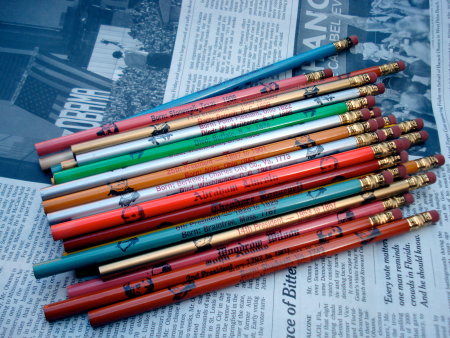 This is a pencil set from the past – a promotional set featuring American presidents. As I understand it, a set like this was sent as a bonus to those who returned coupons and promotional offers contained in 1960s products such as Clorox Bleach. 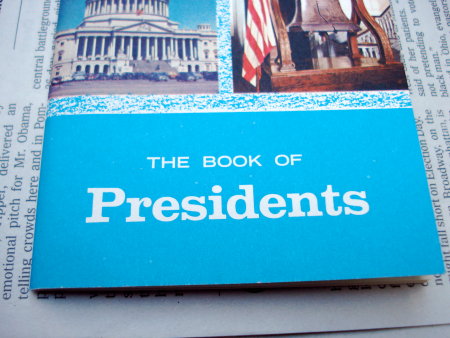 The set also contains a booklet, “The Book of Presidents”. It mentions many facts and dates!

Below are ten pencils from one of the last American pencil makers – Musgrave – the pencils feature Constitution Day, state capitals, and past presidents.

If you would like the Musgrave set, just answer (as a comment below) one of these questions from the pencil talk research department:

1. Name the movie about an American President that includes a woman knocking over a cup of pencils.

2. Which US President was said to have drafted his battle plans in pencil when he was a General in the Civil War?

3. Several US Presidents were known to be doodlers. Among them, which one briefly considered a career as a cartoonist?

There is only one set, so the first correct answer wins. The winner will have to provide a postal address (via email). Shipment will be via Canada Post. Thanks to the Musgrave Pencil Co. for providing these pencils.