The predecessor of Staedtler’s iconic Mars Lumograph 100 is the Mars Lumograph 2886. According to leadholder.com, this particular box may date from the late 1950s.

The lid has some compelling graphics:

Half a century old, only the design indicates the age of these pencils:

The “A” in “STAEDTLER” appears to be formed like a compass. As well, reflecting the manufacturing processes of the era, there are slight surface differences between specimens. 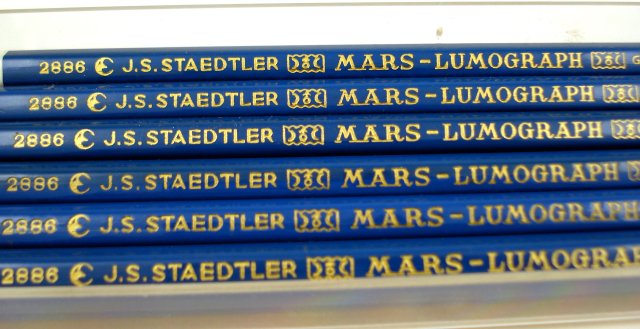 An element I love is the HB grade mark in vibrant gold colour. It is serious but not fanciful, like the painted gold markings that were once typically applied to wood surfaces such as office doors and library card catalogues.

The factory sharpening, just like the modern version, is the best in the industry, with no “scrape marks” along the wood. 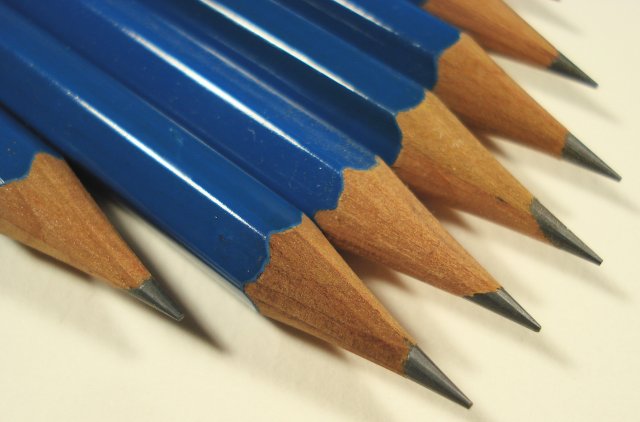 Take a close look. Even the smallest graphical details are impressive. 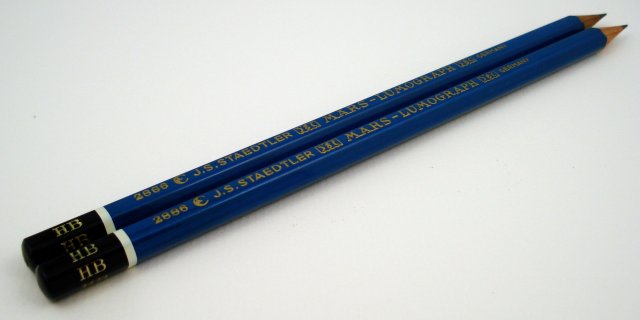 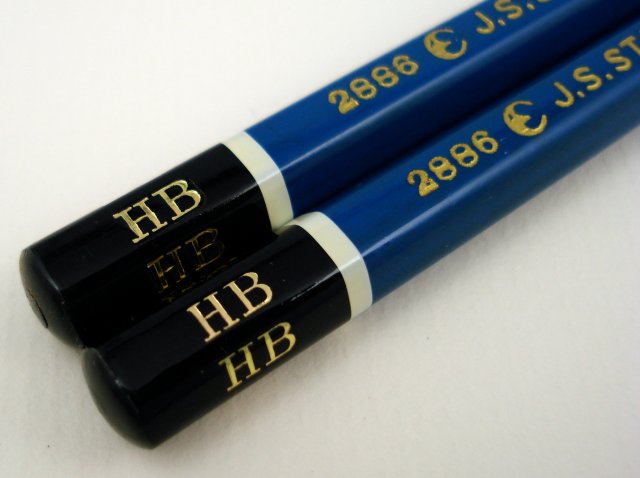 Are “MARS” and “LUMOGRAPH” rendered the same way?

For me, the caps are a continuing delight:

A comparison with the modern version. In case you didn’t notice, this photo should make clear that the 2886 is a “left-handed” imprint, in contrast with the standard “right-handed” 100.

Does anyone prefer the modern look?

A small delight after all these years is to find a paper insert. 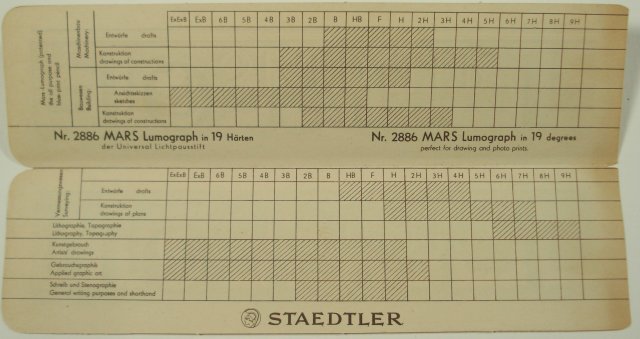 I have tried and tested the 2886, and find it to be extremely similar to the modern 100 in graphite function and erasure. Given the half century between the manufacture of the two pencils, this demonstration of Staedtler’s ongoing commitment to their product excellence is remarkable.