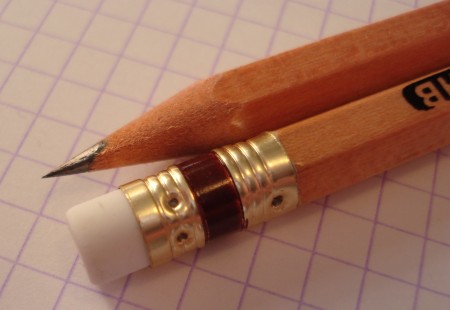 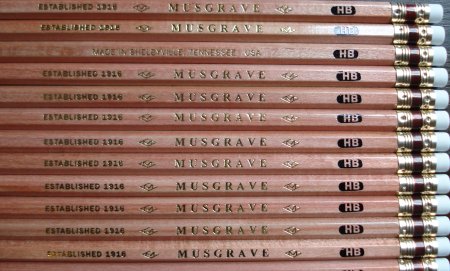 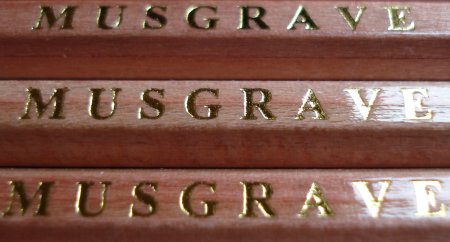 The Musgrave Pencil Co. has a solid history in the pencil industry, though their website indicates no products other than novelties. It appears the general use writing and drawing pencil is on the decline compared to advertising and novelty pencils.

It was a surprise to see some of their pencils at a small bookstore this week. And by “some”, I mean hundreds and hundreds! The pencils caught my eye right away. Many pencils don’t state a country of origin, let alone anything more specific. These state:

The name is “Unigraph” and the model is “1200 Drawing”. Alas, of the hundreds of pencils I saw, all were H hardness. The staff told me that was all they had.

The pencil has a dark forest green varnish, and a pink eraser attached with a gold ferrule with red band. The stamping is gold in colour.

The pencil sharpened easily and writes quite nicely. I don’t have too many H pencils on hand, but it seems a tad darker than a Staedtler Mars H, for example. The lead is quite strong, as one would expect in a higher quality pencil.

I liked the pencil’s association with it’s origin, and can definitely recommend the Unigraph as a good pencil, though I’d really love to try a version with a darker lead.