General Pencil is not as well known as General Motors or General Electric, but they have an equally fascinating history.

Founded in 1889, the company has remained in the Weissenborn family for 118 years. Their 1900 factory on Fleet Street, Jersey City, remains, though the business is now headquartered in Redwood City, California, closer to the cedar industry. It is one of an extremely small number of pencil manufacturers to not have been acquired by a large conglomerate. 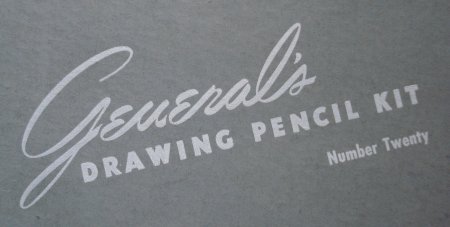 Today, the business press regularly hails them as a turnaround success, having made a tough and successful decision to focus on higher-end pencils, and dispense with trying to compete in the generic yellow No. 2 office pencil market.

Their website suggests they still do make office pencils, but you’ll have a hard time finding one. Where they shine are in art supply stores, and their largest retailer, the Michael’s craft chain. As well as graphite pencils, they are well know for charcoal, pastel, and chalk pencils. 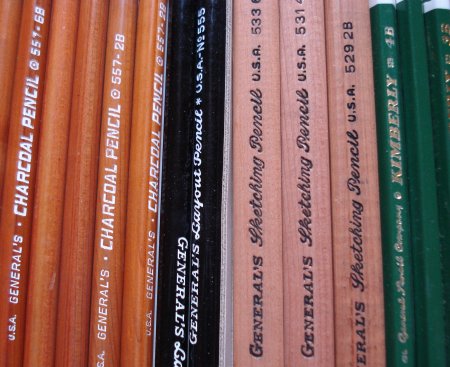 The Kimberley is the graphite pencil I’ve most often seen in Canada. It is green with a gold colored metal cap. The Semi-Hex, maybe a half-step down the quality ladder, is blue, with silver stamping and an unfinished cap. I’m not sure who first realized the potential the carpenter’s pencil had as an artist’s tool, but General sells them as “Flat Sketching Pencils” in another market niche. Their stongest area may be charcoal. Even the smallest rural school art supply store seems to stock General compressed charcoal sticks and charcoal pencils. The charcoal pencils are beauties, with classic dark stained finishes.

I think they have made the right decision to pursue these higher value areas. I would also encourage them to get online and do some selling and marketing.

It’s a delight to be able to present some interesting links:

9 Replies to “The General Pencil Company”