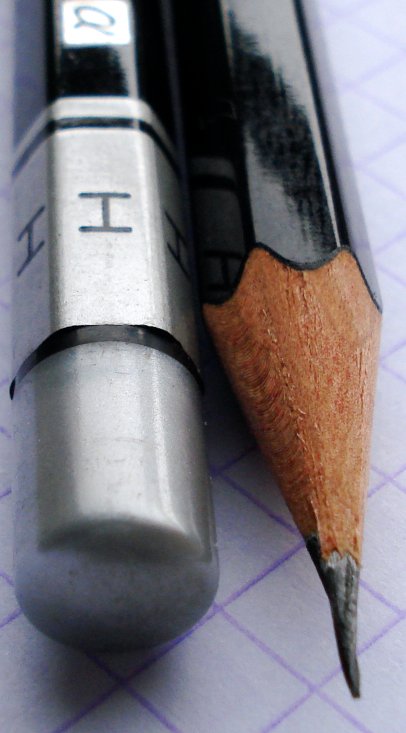 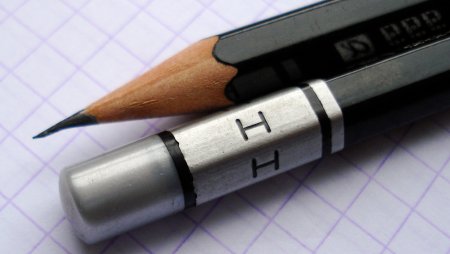 In addition to Tombow and Mitsubishi, there are other quality Japanese pencil manufacturers. One of these is Pentel. Their top of the line pencil in the Black Polymer series is the 999 alpha. I’ve heard they are great, but have been unable to acquire any. (If you have some for sale, please let me know!) But, I did come across some of their still very fine 2nd rank pencil, the 999.

Distinguishing the two pencils is easy – the 999 alpha has the Greek alpha character in the pencil name, and the slogan “supreme quality for lines of highest density.” It has a glossy finish with the grade printed in black on a silver background. The regular 999 has the more modest slogan “the highest quality for general use”, and less use of silver. The finish is matte, and the top of the cap is painted silver.

Matte vs. glossy sounds like a photo finishing or interior wall paint choice. But it seems it’s also a pencil choice, and Pentel chose matte for the 999. It is very pleasant to hold, looks good, and is not too common in pencils. I have some Lyra pencils with a similar finish, and can’t think of any other manufacturers that have chosen this type of finish. The silver accents on black paint make it one of the most attractive on the market – up there with the Grip 2001 and Nava.

The box it comes in also looks nice for a cardboard box – there is something very adult and stylish about the presentation.

The pencils sharpen easily. The lead is not as rich as that of the other Japanese pencils mentioned here, but still nicer than average. It makes an excellent writing pencil, and goes very nicely with a black journal.