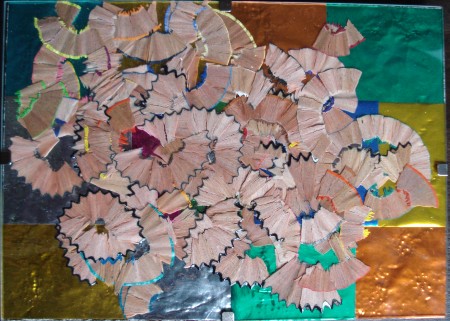 Last week, I received a beautiful gift from a very creative person. It’s a collage which uses pencil shavings as material. 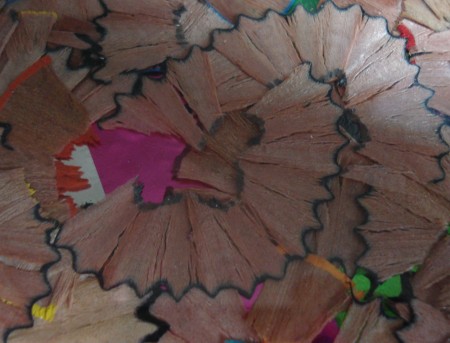 A glass frame made it challenging to photograph, but I hope that some of the essence is conveyed. In person, it is quite wonderful to behold.

My thanks to Cecelia from Roma for this link. 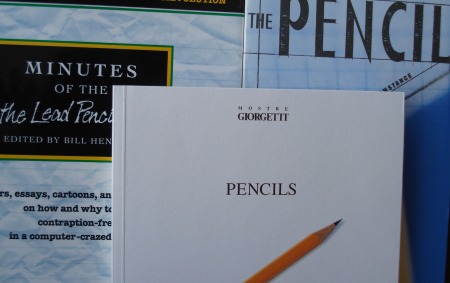 January 27th will be Family Literacy Day. As a small contribution, pencil talk is delighted to present this guest post, a researched list of children’s books that feature pencils and other writing implements. The books are arranged by readership age range.

Title: Simon’s Book
Author and/or Illustrator: Henrik Drescher
Age range: 2-5
Description: After going to sleep, a boy’s dip-pens and inkwell take a character he has drawn out on an adventure.

Title: If You Take a Pencil
Author and/or Illustrator: Fulvio Testa
Age range: 4-6
Description: A fantasy counting story, told by a pencil.

Title: Magpie Magic: A Tale of Colorful Mischief
Author and/or Illustrator: April Wilson
Age range: 4-8
Description: A child’s hands draw a bird and the mischief it gets into, using pencils including pencil crayons.

Title: Harold and the Purple Crayon
Author: Crockett Johnson
Age range: 4-8
Description: The classic and much-loved children’s picture book about a little boy who is lead on a grand adventure by his purple crayon one moonlit night. (Celebrating it’s 50th year).

Title: Grandfather’s Pencil and the Room of Stairs
Author and/or Illustrator: Michael Foreman
Age range: 5-9
Description: A pencil writes about its experiences and memories along with the house, floorboards and the table that all originate from the forest.

Title: I am Pencil
Author and/or Illustrator: Linda Hayword
Age range: 7-9
Description: How a pencil is made, distributed and used.

Title: The Good Luck Pencil
Author and/or Illustrator: Diane Stanely, Bruce Degen
Age range: 9-11
Description: A magic pencil brings a young girl more luck than she wants. The pencil helps her write a biography for a school assignment that she then must live up to. She trades her pencil in for a more apt instrument that truly reflects her life.

Title: Marianne Dreams
Author and/or Illustrator: Catherine Storr
Age range: YA
Description: Marianne’s drawings come alive in her dreams. Adapted into the film “Escape into Night” and an operetta by the author, reviews list it a bit on the scary side.

A recent trip to a local university provided a chance to visit their engineering supply store, where I picked up some Pentel 120 A3 DX drafting pencils. They were one of two brands sold, along with the competitor Staedtler Mars micro. 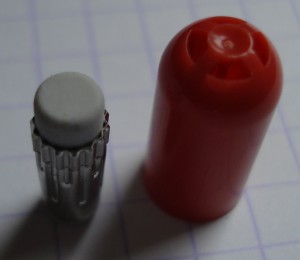 The pencils have a metal tip, rubber grip, plastic body and cap, and metal clip. The lead is advanced by clicking the cap. The cap also lifts off to reveal a very tiny eraser.

The internal mechanisms have some variations – the length of lead dispensed by a click corresponds to the diameter of the lead, with a click of the 0.9 mm pencil dispensing the most lead, and the 0.3 mm pencil the least.

The grip looked like a seasonally appropriate winter tire to me, and I liked it. It was comfortable and grippable.

After a few days of trying them out, I think they are a nice set, and a reasonable and inexpensive introduction to the category. 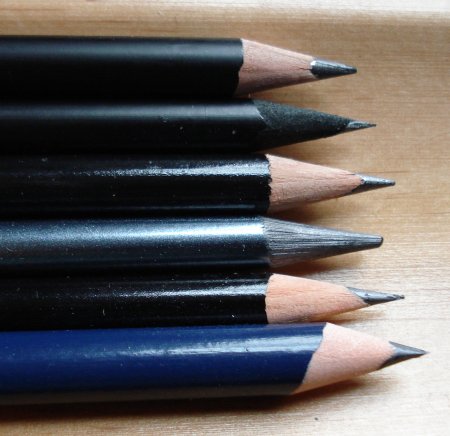 Round pencils were by far the least popular format in November’s poll. I had a look around my pencil box (okay, boxes) to see what I could find.

Not everyday names? I’ve only referred to two of these in the past. The Derwent and Koh-I-Noor are specialty art pencils, the PaperMate a learning/children’s pencil, the Nava isn’t widely distributed and might be called a boutique pencil. The Hit is not widely available outside Japan, and only uses the round shape for the softer artist-oriented pencils. The Black Warrior is the only general purpose pencil in this lot.

Promotional pencils are usually round – but round is the cheapest format for printing.

So what gives? Is there really only one general purpose round pencil on the market, and why? Would people use round pencils if there were more choices? Or do we really, really not want our pencils to roll away?