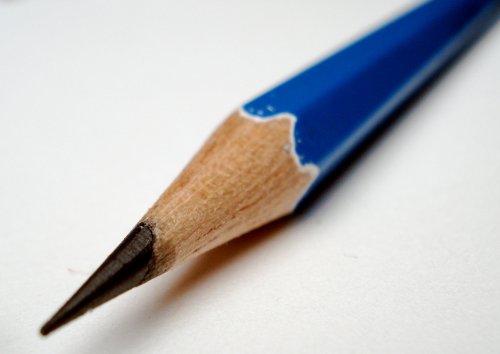 Regular readers will know the name “Colleen”. Formerly a major Japanese manufacturer, the firm folded a decade or so ago.

Yet the name lives on. A former manager is part of a new undertaking in Thailand, re-establishing the brand. We’ve seen some of their offerings for the Japanese market, especially their exquisite teak pencils. 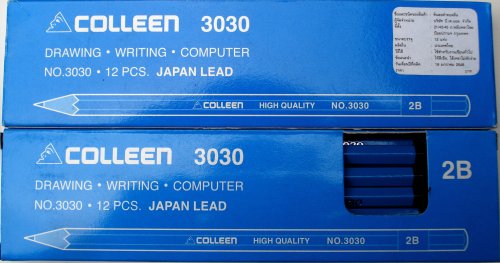 What has remained less known are their offerings inside Thailand. The 3030 is one of them. Reviving a traditional Colleen model number, the 3030 is sold in boxes marked “Drawing Writing Computer”, with the phrase “Japan Lead” in bold. 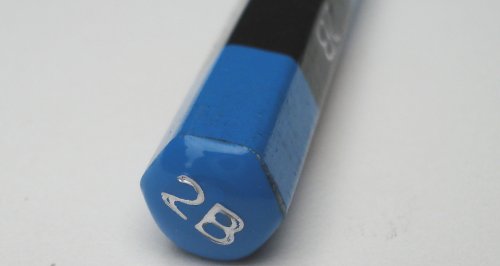 The pencils are simply marked:

Another side displays a bar code.

The pencils are blue with a black band and silver lettering. They are also slightly thicker than most modern pencils – a touch I like.

The pencils are factory sharpened, and re-sharpen easily. The wood appears to be pulai or jelutong.

The lettering and finish won’t win any awards, and are done to a much lower standard than modern Japanese pencils.

The lead is dark and rich, though somewhat crumbly. In a Mnemosyne notebook, the pencil lays down a fantastic line. From what I can tell, the 3030 is available in five grades – 2B through 6B.

Now I have a couple of other specimens of the 3030 – with a different cap. What is even more curious is that they appear to use a different species of wood – it looks like cedar – rather than pulai. I don’t have any further information on this subject. 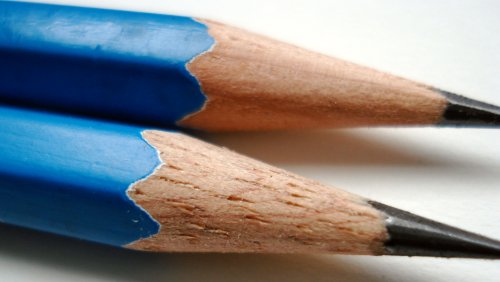 While interesting, my sense is that the 3030 seems to be a lower end variant, and not part of the marketplace that the revitalized Colleen hopes to inhabit.