There were some queries about a particular pencil shown in the previous post. That pencil of interest is the Graf von Faber-Castell Guilloche pencil.

Recently introduced, it is a round pencil with a diameter of about 8.15mm, with a very intricate finish. 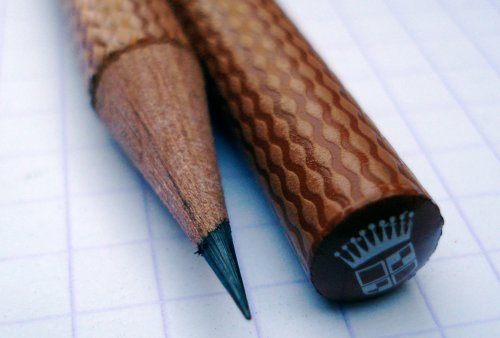 It is presented in a modest but pleasing cardboard box: 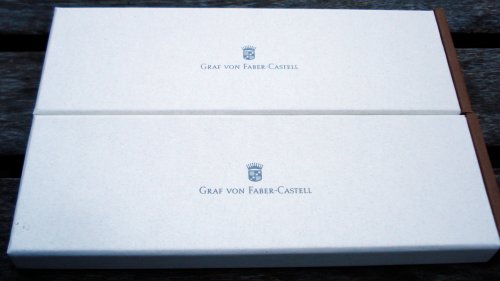 For those seeking the pencils, they are formally (at least in English) called “superfine pencils with guilloche finish”, and the model numbers are “11 86 21” for the brown, and “11 86 20” for the black. 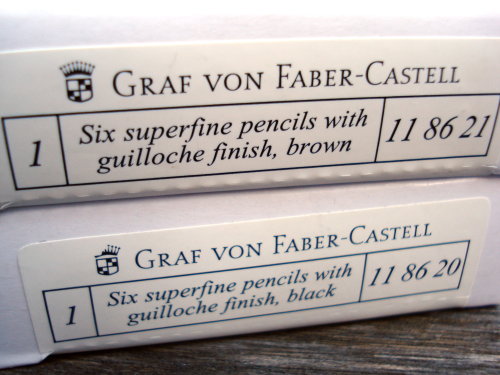 I find them to have a very pleasing and subtle sophistication. My only complaint is that the factory sharpening shows an unpleasant rough scraping of the wood. Although that’s very common with modern pencils, the original ribbed, silver-capped Graf von Faber-Castell pencils don’t have this problem, and these newer pencils in the same line shouldn’t either. 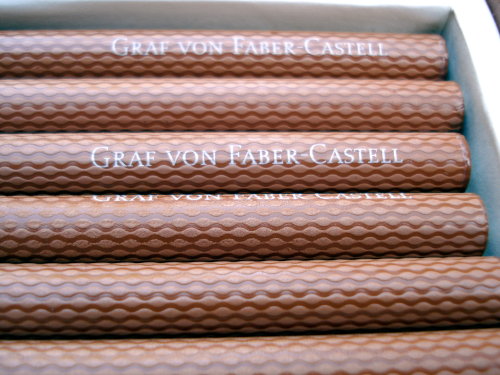 The caps display a crest and crown. 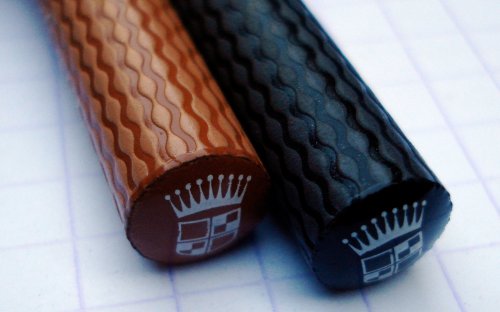 The official product page is here.