2010 is Staedtler’s 175th anniversary! Unless of course we date the company back to the first known Staedtler pencil maker in Nürnberg, in which case the company is much older. In 1937, Staedtler released a 275th Anniversary pencil, which would date them to 1662, but they now claim origins in 1835.

Whatever the details, congratulations! People around the world love Staedtler – the brand represents an image of good quality products offered at fair prices. Not necessarily the cheapest, but guaranteed to work well. 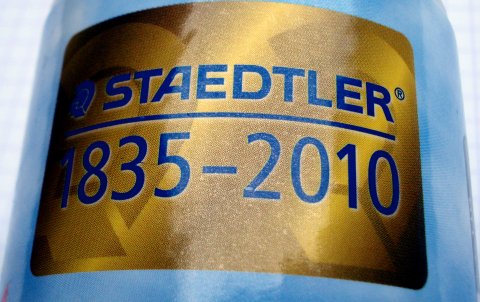 For this anniversary, Staedtler is offering an item that also commemorates the start of the railway between Nürnberg and Fürth. It is a cardboard tube with twelve Mars Lumograph pencils and a special eraser.

There are also versions for the Noris and tradition lines.

The city coats of arms are shown. Am I the only one surprised by the clover used by Fürth? The Wikipedia article relates some of the history. 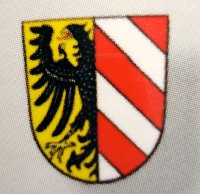 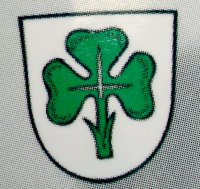 Alas, the only actual new stationery item is this eraser. While it is fine enough, I guess that I would have hoped for a bit more from a company such as Staedtler. It is a 175th anniversary, after all! 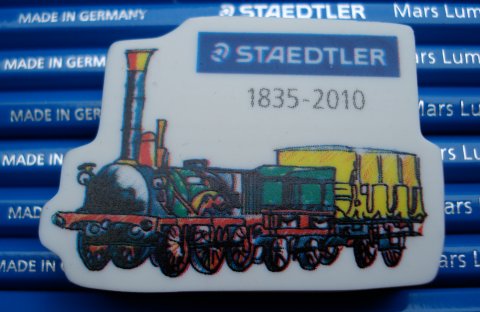 The real celebration seems to have been on the cultural front, with a wonderful exhibition described here at Lexikaliker.

My thanks to Gunther from Lexikaliker for sending me this fine set of pencils!