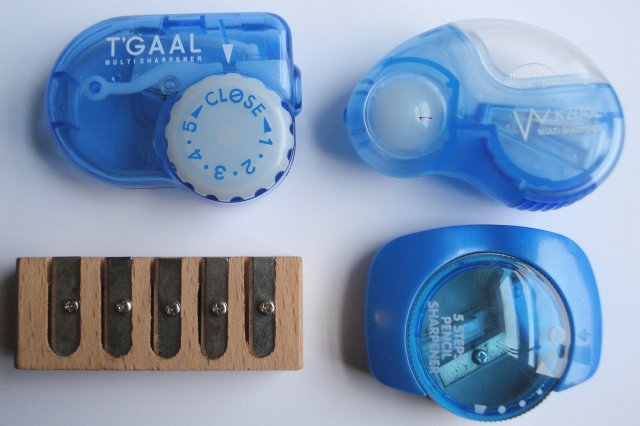 The T’GAAL mainly moves a backstop, and slightly moves the (large) blade’s angle: 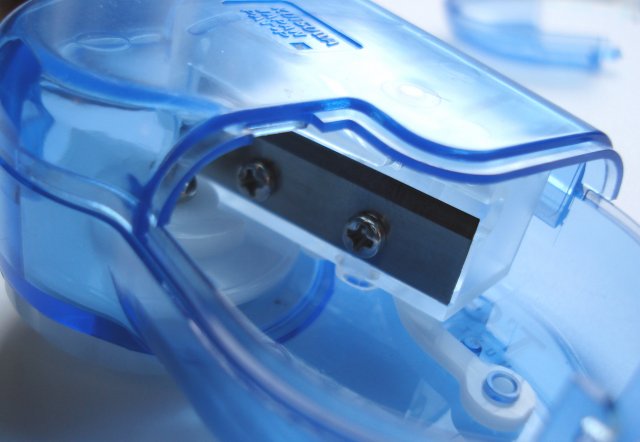 The K’ZOOL manipulates the angle of sharpening, a feature that seems amazing to me in an inexpensive sharpener: 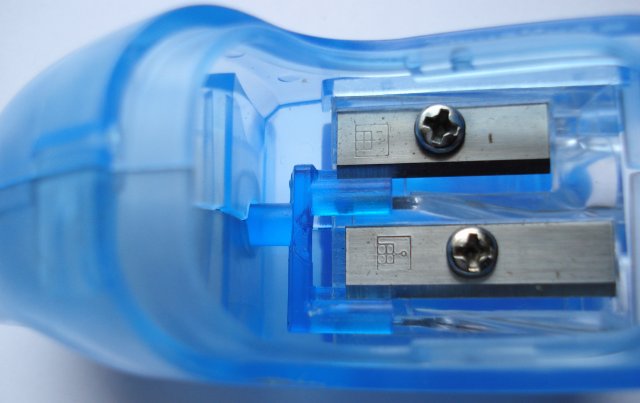 The wooden sharpener is quite different – it is aimed at five different diameters of pencils, rather than five variations.

I wasn’t sure where this was leading, and thought I might be chewing up a lot of pencils in these tests, so I bought a budget pack of pencils: the Dixon Economiser. What I’ll say about these pencils is that friends shouldn’t let friends use the Dixon Economiser! Rough basswood (though not the worst) with rich unpleasant chemical paint aromas, it is no ambassador for pencildom. 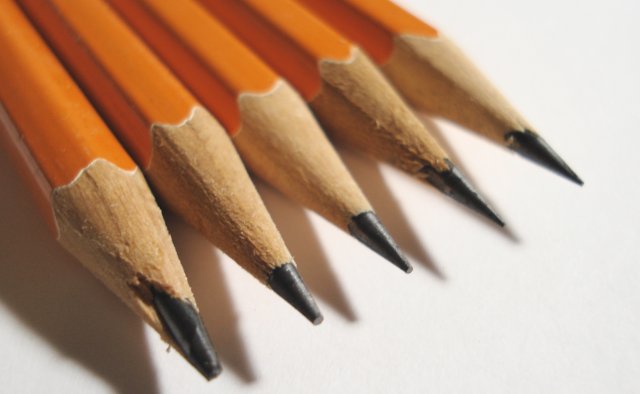 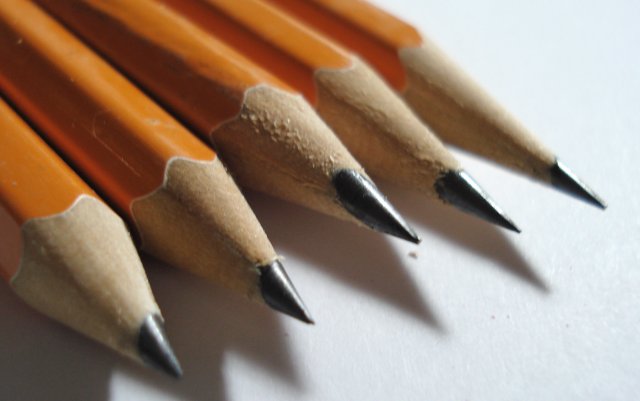 Note how nicely the K’ZOOL creates those obtuse points. Various readers have asked how to get this type of point rather than a long acute point. The K’ZOOL can do it!

For a full review (in German) of the T’GAAL, with quality pencils tested and some great photographs, please see Lexikaliker.

My thanks to isu from the uncomfortable chair for the Kutsuwa sharpeners.

For completeness, here are some Aruna/CalCedar ForestChoice pencils sharpened in the “5 Steps” sharpener. For a product costing about $1, it seems okay. Notice the stop point in action: 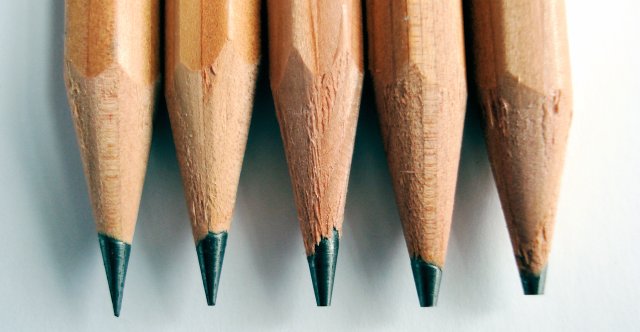 And regarding the V-15 Dizi: The five holes are 5mm, 7mm, 9mm, 11mm, and 13mm in diameter. Here is a ForestChoice in the 9mm hole. It does not sharpen to a point (or even close), though the 9mm hole would seem to be the best fit for a standard woodcase pencil. 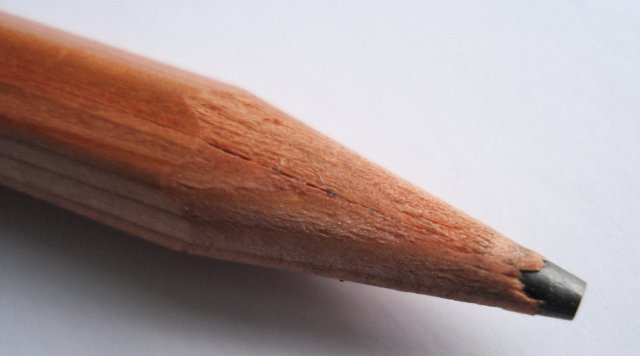