Caran d’Ache has continued their “crayons de la maison” series with a sixth edition. The pencils are a visual delight, and a bit of a construction mystery. 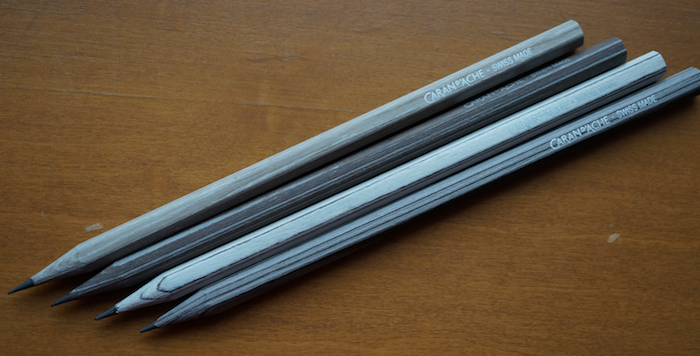 The appeal is obvious – rich, amazing wood patterns from exotic species. They echo the 1990s Colleen Woods Pencils that are quite admired.

This set is somewhat monotone and features: 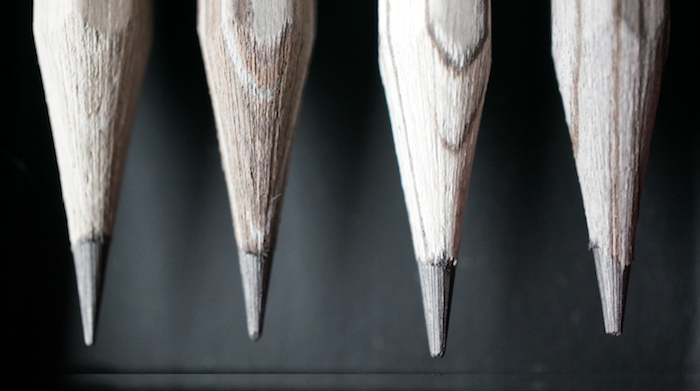 I wish the individual pencils had a small numeral or marking to note which pencil is which.

The pencils come in a sliding cardboard box, and an external sticker indicates:

We can look up the FSC number. Nothing too interesting here. Sometimes we can discover a manufacturer or subcontractor’s name by looking up this code. 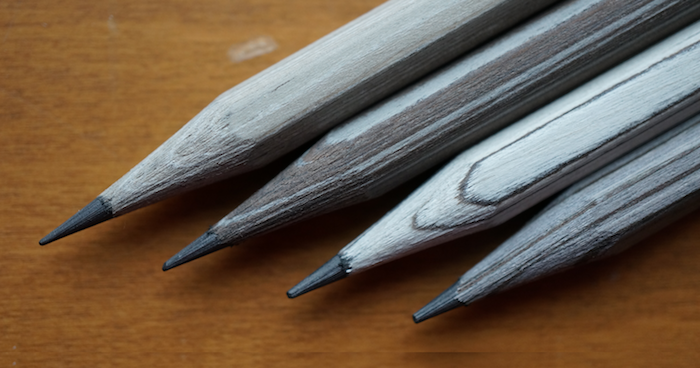 A second sticker says, “Crayons Parfumés Par Mizensir”. In other words, these are scented pencils.

The scent is strong! In contrast with Viarco’s scented pencils, which require me to approach them closely before any olfactory warnings start signalling, I can detect the Mizensir scent from several feet away. Fortunately, it does seem to dissipate with time. (Mizensir is a Geneva perfumer.)

Since last featured, we know much more about this pencil series, and the vendor’s own description has been updated. Particularly informative are the comments at a 2014 post at Lexikaliker.

The pencil box notes that these pencils are made from “reconstituted wood” which they also call “essences”. ALPI is the manufacturer, and are a specialty firm in wood tasks such as creating an oak look from the woodchips of another species.

The pencils are not made from the represented exotic woods. I think even using the word “essence” is going too far – ALPI is clear that they use Poplar, Limewood, or Ayous. There is no Hemlock, Oak, Teak, or Ash in these pencils. And they weren’t made from glued together pencil slats. It is some other process, perhaps extrusion, that constructed the pencils.

Yet, they’re nice, they are innovative, and they distinguish themselves quite well from ordinary pencils. It is also quite amazing that Caran d’Ache has continued the series over three years – there is obviously a market for innovation in pencils.