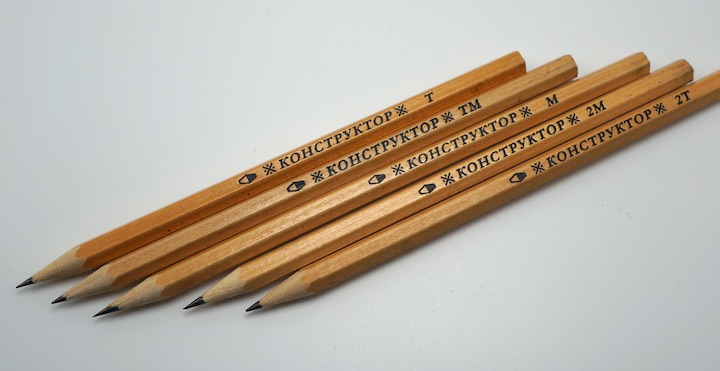 The Krasin pencil company of Russia dates from 1926, and may be the most prominent national brand not yet seen at this blog. Named after a diplomat (Krasin seems to be in a lot of online newsreels, visiting Western capitals in the 1920s), the brand states they are the leading pencil producer in Russia and the countries of the former Soviet Union.

The Krasin catalog shows a full product line – colour, writing, drawing, carpenter, red and blue, and probably other varieties that I can’t discern, not speaking or reading the Russian language. One of the graphite lines is the Constructor, and the pencil we see today is the Constructor Vintage. 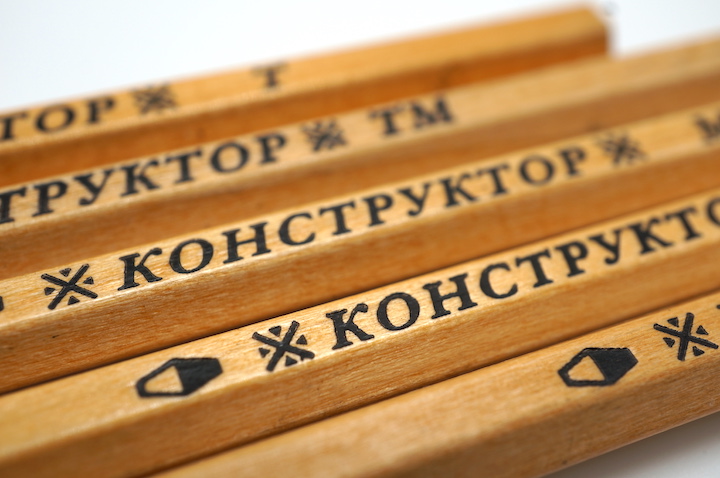 One notes right away the Cyrillic lettering, and the replacement of the familiar “HB” grade indication with “TM”.

The pencil is distinguished by a simple attractive design with a clear varnish. The packaging is very nice – not super fancy – but it nicely presents the product. It is not the typical afterthought. 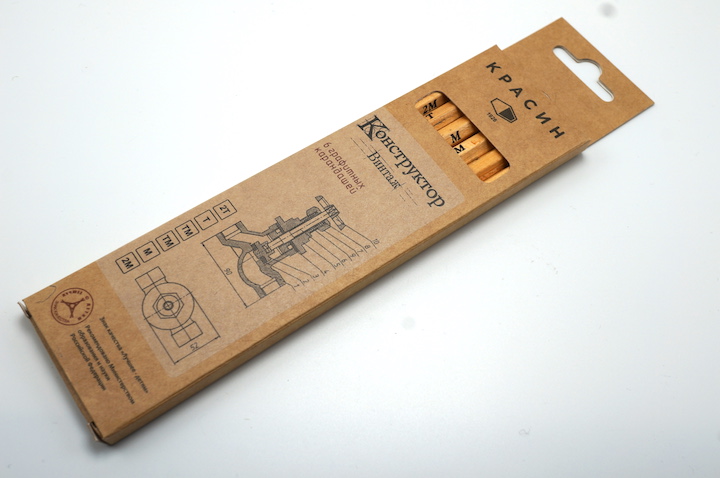 Dimensions: Rounded (though less rounded than most European pencils) hexagon with unfinished cap. The box helpfully states the pencils are 177mm long, 7.1mm side to side, and that the core has a 2mm diameter. I did not confirm these measurements.

Appearance: The pencils are hexagonal and factory sharpened. The cap is not finished. The pencil surface is a clear or very light lacquer.

The pencil is marked: The imprint shows the Krasin logo, some symbols offsetting the Russian word for “Constructor”, and the pencil grade. To my eye, it is a pleasing and minimal look.

Other notes: The pencil box may contain further information, but I am not able to read it.

Grip: I found the lacquer to be a bit “grippy” or “tacky”, especially on a humid day. The appearance is nice, but the touch doesn’t convey that this was the best possible approach.

Sharpening: I started with the excellent Möbius + Ruppert Pollux. To my surprise, the lead was so off centre that unremoved wood made the pencil unusable (David Rees had a term for this, didn’t he?). I tried two other pencils, and the leads kept breaking. I thought this must be another Pollux-unfriendly pencil. I switched to a KUM 300-2 and had the same problem. So I just kept going until I got lucky. 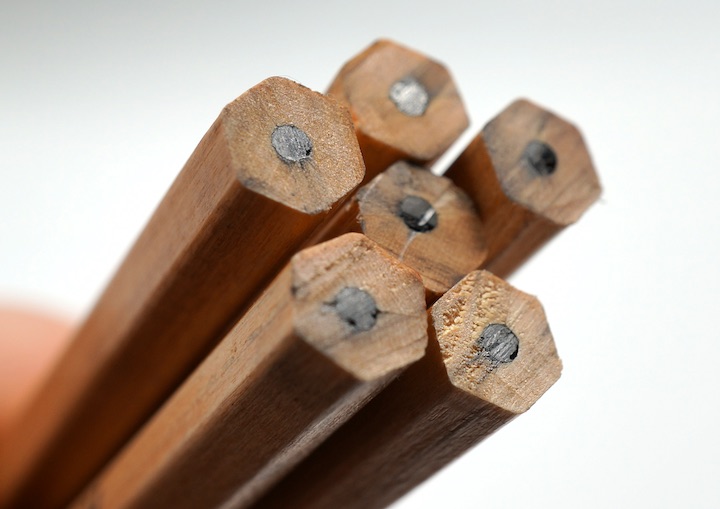 The wood type is unknown to me.

Writing: There is something funny going on. Even though the pencils were almost unsharpenable – the leads seemed better than I expected. Not great, but definitely a notch above discount pencils, especially the 2M. There was variation among the grades. 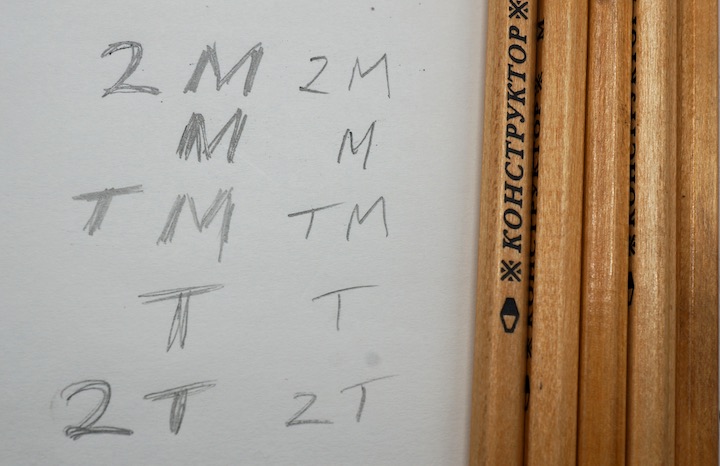 Erasure: I did not notice anything unusual using a Muji eraser on Ito Bindery paper.

Overall: This is a really interesting pencil, one I hoped to find years earlier. Also, I suspect that this particular version is sold as a special item. But as a national flagship pencil, it is very disappointing.