Two weekends ago, I had the privilege of viewing the British Library exhibit Writing: Making Your Mark. I was fortunate to learn about this event via a post at Bleistift just a few days before my trip. 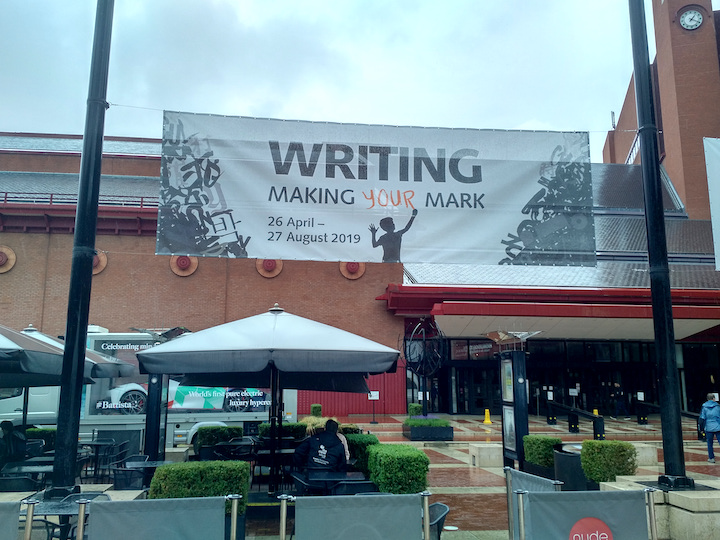 Yes, it was raining.

The exhibit had a wealth of historical artifacts, and traced the written word from Hieroglyphics through to Emoji. Clay tablets, typewriters, ballpoint pens, and word processors were all explored. Accounting was cited as being a key motivator behind the development of written characters.

One thing surprised me – the graphite pencil was missing! The original Biro and modern Bic were both deemed worthy. So was the lithograph. And two or three typewriters. But not the pencil. There was a small display of lead (actual lead, not “lead” as a euphemism for graphite) pencils dating from around the the year 1400, and these no doubt served as a modern pencil forerunner and inspiration.

I though Henry Petroski’s The Pencil had established the pencil’s role in history. But, I’m not a professional curator or historian. I’d love to know why pencils didn’t make the cut.

5 Replies to “Pencils – not historically important?”