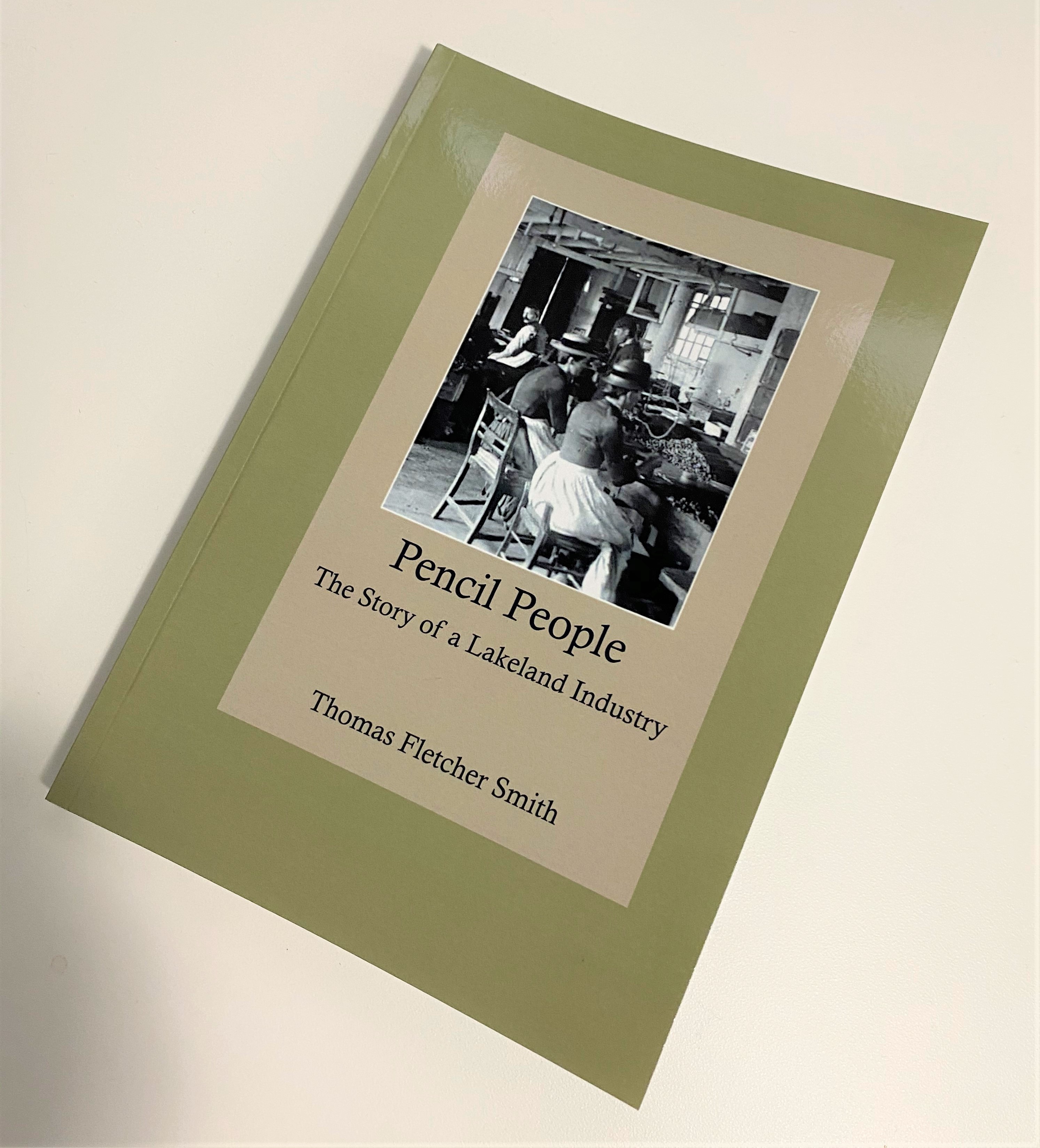 Pencil People: The Story of a Lakeland Industry by Thomas Fletcher Smith (2017. Bookcase, Carlisle, UK.) takes a look at the pencil industry that grew around the first significant commercial graphite mine. More focused on local history than the pencil industry, the book reveals the story of the families and small cottage industries that were based around the Borrowdale mine.

Smith calls much of the generally understood history of pencils “folklore”, a statement that definitely got my attention. The Borrowdale valley was once part of the Furness Abbey, and Smith mentions monastic records of a special substance the monks had for marking sheep. Alas, while this sounds quite plausible, there is no citation.

Pencil People has many sources that would be known to a regional historian, including birth, marriage, and death records, and local newspapers. And while works that would be of interest to researchers are cited, this is unfortunately inconsistent. The claim that graphite was known and used by the monks of Furness Abbey centuries ago is potentially important, but needs justification.

Most of the book focuses on many small Keswick pencil makers of the 19th century, and the families behind them. Smith argues that this is the foundation of the modern pencil industry. Keswick no doubt formed a cluster, and Smith does link these manufacturers forward to today’s Derwent, but Keswick is not compared with Bavaria or other pencil centres of the time.

It is fascinating to see how early the natural resources – graphite, lumber – were used up and had to be replaced with imports. The book has many interesting stories on the early practices of the pencil industry.

Pencil People is a welcome contribution, but would be much improved by consistent citations and the addition of an index.