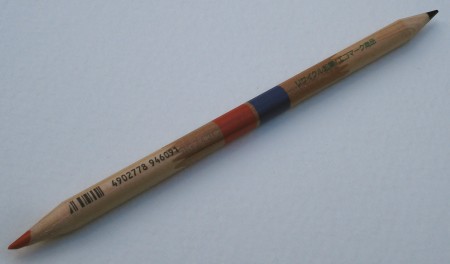 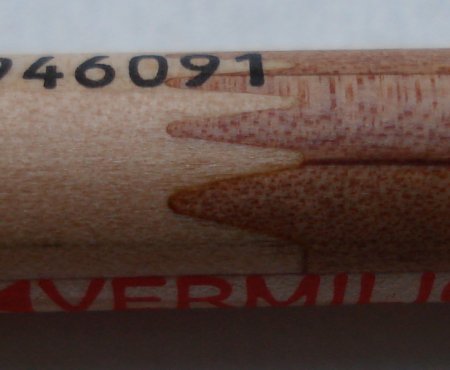 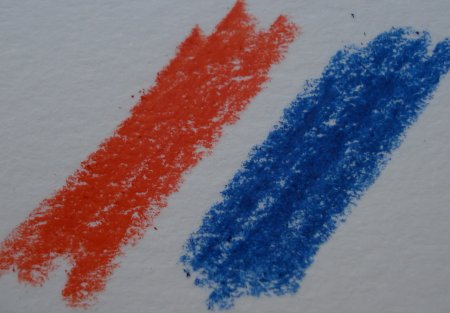 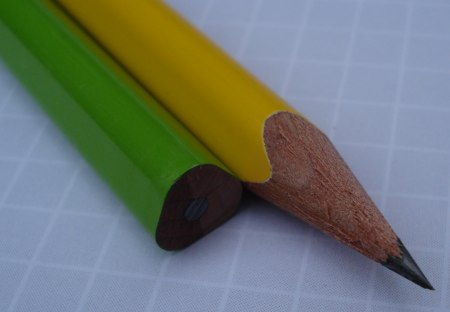 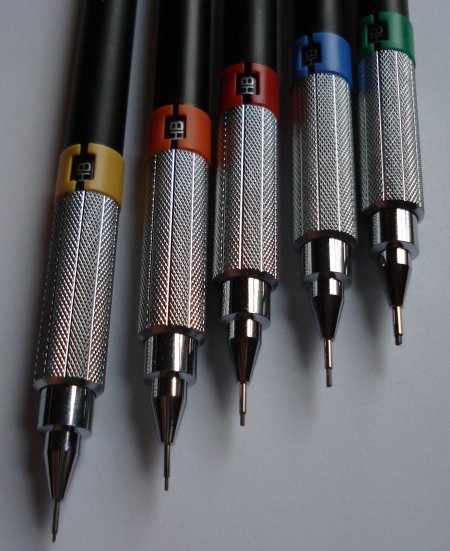 The Mitsubishi Uni M-552 is another inexpensive drafting pencil.

Lightweight at about 12.5g, they come in five lead diameters. I bought all five. I may soon regret this, as the 0.4mm pencil does not have refills available in Canada. On the other hand, it’s not too often that I’ve found myself saying that I need a 0.4mm pencil for a particular purpose.

The tip, grip, clip, and cap are metal, and the barrel is plastic.

The lead advances by clicking the cap. A thin plastic ring, the pencil’s only colourful element, is the pencil’s lead grade window.

The grip, very lightweight, screws off of the plastic barrel (see photo). Why a removable grip? I’m not sure, but if the idea was to make available a choice of grips to suit individual preferences, that would have been an excellent offering.

The grip superficially resembles that of some expensive drafting pencils – which is probably the intent. But it doesn’t at all have the smooth feel of the Staedtler 925 95, for example. In fact, I found the 552 quite unpleasant.

It seemed to be a pencil that had a lot of attention paid to the cosmetics. Unfortunately, the looks don’t achieve much in person, and I would rate it lower than the A120 – though there is a 0.4mm version, if that is important to you. 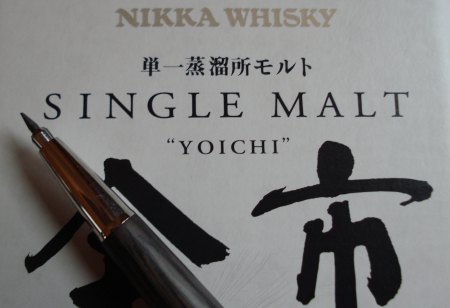 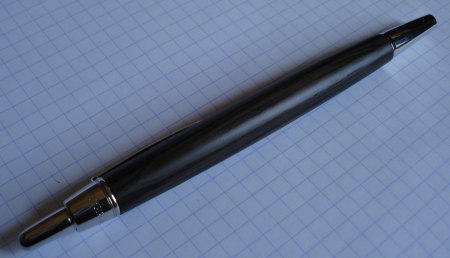 The Mitsubishi Pencil Company offers the Pure Malt leadholder, with the body made from oak reclaimed from Malt Whisky casks! (The clutch, tip, clip, and cap are metal.) 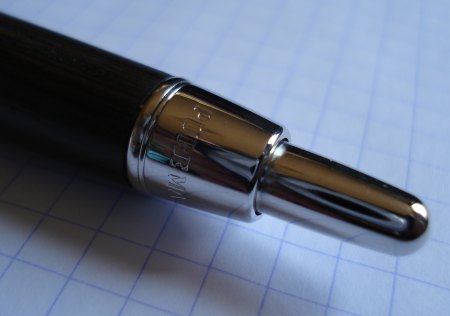 It has a very sleek, clean appearance. The woodgrain is dark, smooth and elegant. Plus, it was made from a whisky cask! 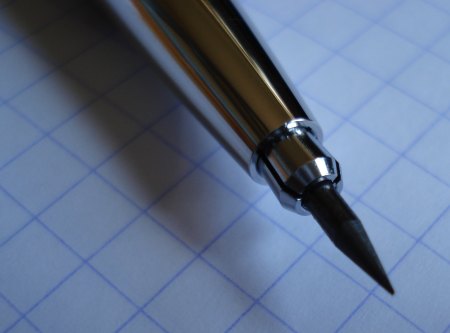 It has the great feature of a retracting clutch, making it quite portable and pocket-safe. (See photos.) 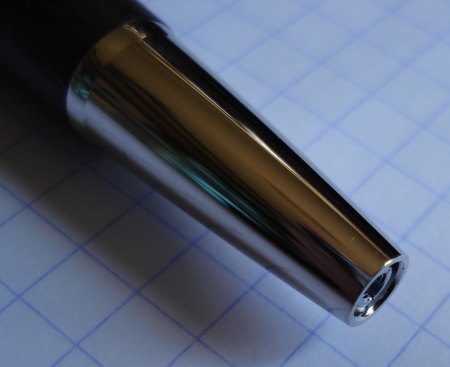 I found the hold and feel quite comfortable, and like the manner in which it carries off being both a leadholder, and a fine looking writing implement. 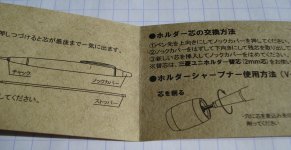 The small instruction booklet indicates there is a matching lead pointer, in a cask shape! I would love to get that item, but have not seen it for sale.

The unusual materials motivated me to seek out some actual Japanese whisky. Living in a place with a government liquor monopoly, my choice was the usual – no choice. Nikka Whisky Distilling Co.’s 10 year old single malt is the sole current offering. So Nikka it is.

(I have no knowledge of which distillery, Nikka or otherwise, provided Mitsubishi’s wood.)

The bottle is a pleasing shape, and the stopper seems to have a deep coating around the cork – something I’ve never before seen.

Anyhow, on to the whisky. It is a dark straw or tea colour. The nose is pleasant to me, but at a time of year when a “warm” day is -8 degrees, I won’t claim that I can discern much. The taste is full of nuts, toffee, and fruity notes. It’s a very nice dram – as smooth as a Tombow 6B pencil. The character is very much that of a nice scotch whisky, though made many miles away.

The bottle will certainly not survive as long as the leadholder.

Two great products, not necessarily for enjoyment at the same time!

In response to a request, here are some more photos of the Mitsubishi Hi-Uni pencils and their packaging.

It’s a lot of packaging for a dozen pencils. The good thing is that this box seems to actually protect (as opposed to just house or congregate) the pencils. Even with several pencils removed, the remaining ones don’t roll about, due to an insert that separates the pencils. It seems much more useful for travel than just a loose pencil case.

Okay, on with the show.

Here is the green sleeve alongside the pencil box: 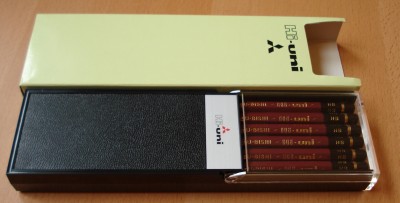 The green sleeve has a cutout that corresponds to a degree marking on the box:

The box is black plastic with a clear one-third length lid that flips open: 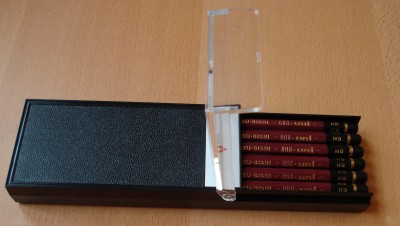 They’re a nice set of pencils:

Here is Hi-Uni next to a Tombow Mono 100. Two great pencils.