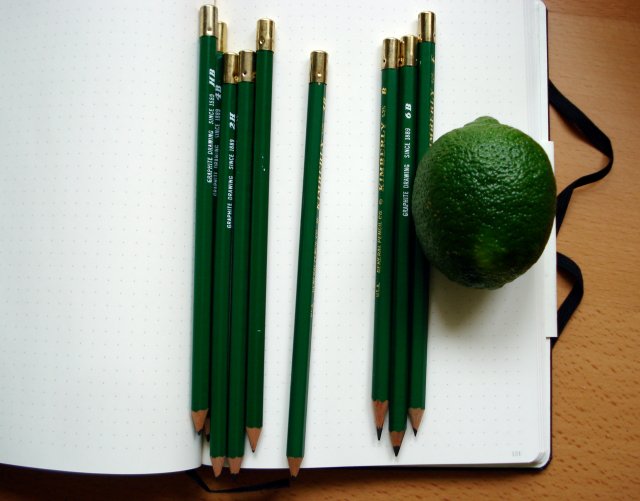 As manufacturers in the OECD countries continue to move production offshore, the stories of those surviving, and even thriving, become ever more interesting. The General Pencil Company of New Jersey is one of those survivors.

With the company formally founded in 1889 and a business lineage dating back to the 1860s, General has an amazing story. Among Dixon, Eberhard Faber, Empire, Venus, Wallace, the American Pencil Co., and dozens of smaller companies – General has outsurvived them all as an American owned and based pencil manufacturer.

The story has not gone unnoticed, and we are lucky to have some excellent reports on this interesting company.

Peter Shea from New Jersey Public Television has a great piece at the NJN website. Browse down to “Watch more of State of the Arts’ tour of the General Pencil factory”.

An interview with general manager Helmut Boda reveals that General built their New Jersey factory around the machinery in 1924. This machinery, some of it dating from 1910, was permanently installed!

A National Public Radio interview by Adam Davidson with family owners Jim (father) and Katie (daughter) Weissenborn is another delight. Davidson asks, “What kind of American manufacturer is doing well?” The surprising answer is – a family owned pencil company in New Jersey. The program also notes the old machinery, and that entering the factory is “like stepping into the 19th century”.

Jim Weissenborn mentions that they have their own graphite core manufacturing capabilities that use original 1910 machines. Clay and graphite are broken into powder by turning them with “stones from the Belgian coast.” Water is added, forming a paste which they pass through extruding machines. The extruded cores are then baked in a kiln.

Katie Weissenborn noted that tough times came in the 1990s when Chinese manufacturers became capable of producing finished pencils for less than General was paying for the raw materials! General made the tough decision in 1997 to abandon the mainstay yellow No. 2 pencil (though not completely) and focus on the art supply market.

The lesson from their example seems to be that markets for commodity items are increasingly hard to compete in, and higher yield markets where quality differentiation is important (such as art supplies) can be a viable replacement.

With Sanford and Dixon both having stopped US production, General isn’t just the largest independent US manufacturer – they are also a unique and special link to an almost gone industrial past. I am glad for their success, and wish General well in the future.

Since mentioning them in 2007, I’m very glad to report that General has started selling online. But they are only half done. They need to add international sales. Many US online sellers report that they get half their revenue from international sales! Packaging with English/French/Spanish/German text shows the admirable intent to sell internationally – now is the time to execute.

Of General’s many graphite products, which include graphite powder and graphite sticks, and even raw graphite chunks, the Kimberly woodcase pencil line may be the best known. General’s trademark application for Kimberly indicates the brand dates to 1918. 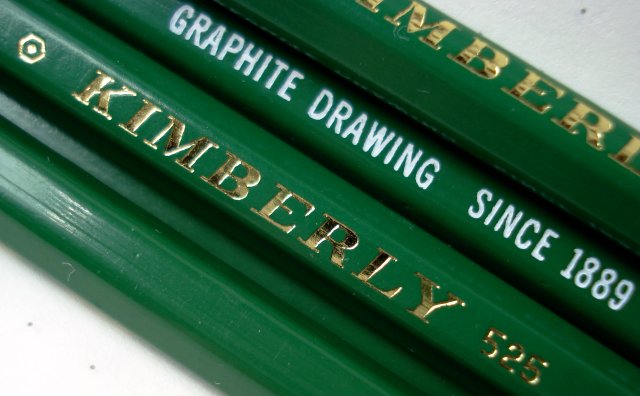 The pencil today is remarkable for a classic, retro look – a green pencil with traditional markings and a metal cap. This cap brings to mind the metal caps of old copying pencils. 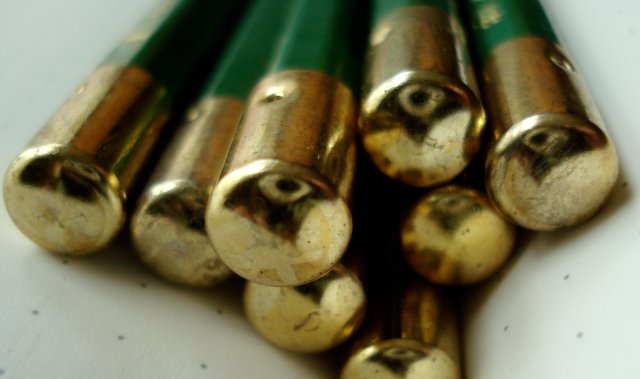 While I imagined that this cap had been unchanged for decades – it seems to be a new addition! Photos at leadholder.com, Brand Name Pencils, and pencils I personally own all indicate decades of the Kimberly’s existance without the cap. So what is the cap for – to enhance appearance? To add some heft? It isn’t alone – the Van Dyke and Turquoise lines (and some may note, Graf von Faber-Castell pencils) all have metal caps. Yet you will be hard pressed to find metal on another main street modern pencil.

Full name and model no: Kimberly 525.

Weight: About 4.5g – not sure how much of this is the metal cap.

Appearance: The pencils are hexagonal and sharpened. The factory sharpening is less acute than others – more like a typical golf pencil.

Other notes: There is no bar code.

Grip: Nothing unusual to note.

Sharpening: As one would expect from cedar, the pencil sharpens easily.

Writing: This pencil comes in a wide range of grades. Retailer Dick Blick notes that the pencil uses Ceylon graphite. Ceylon (the country) has been Sri Lanka since 1972, but I’ll presume it is a marketing term like Ceylon Tea. 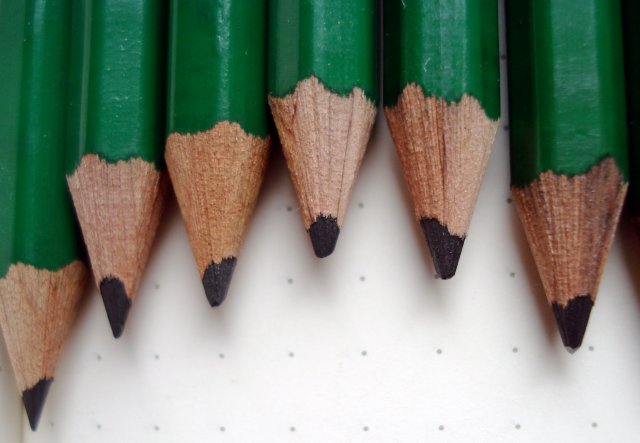 The Sri Lankan graphite is venous graphite, similar to the original Borrowdale mine in England. Most pencil graphite today is apparently the more common amorphous type. You’ll note as well from media interviews that General are quite proud of their in house graphite core manufacturing capabilities.

I’m not a geologist or chemist, but as a pencil user, I think the Kimberly’s core has a distinct ‘signature’, and there is definitely something different about this pencil versus others. I recommend that artists and pencil users try it out. I won’t claim it is better at all tasks, but the middling (F, HB, B) and softer (2B, 3B, 4B) grades that I tried definitely offered something unique. My best description is that there is a certain density to the lead – which seems mellowed by the clay and other ingredients.

Erasure: On a Doane notebook, which happened to be handy, a Factis Extra Soft ES20 (a brand distributed by General) erased very well. I’ve not always found this eraser great, but on a humid day with this paper and pencil, it did extremely well. 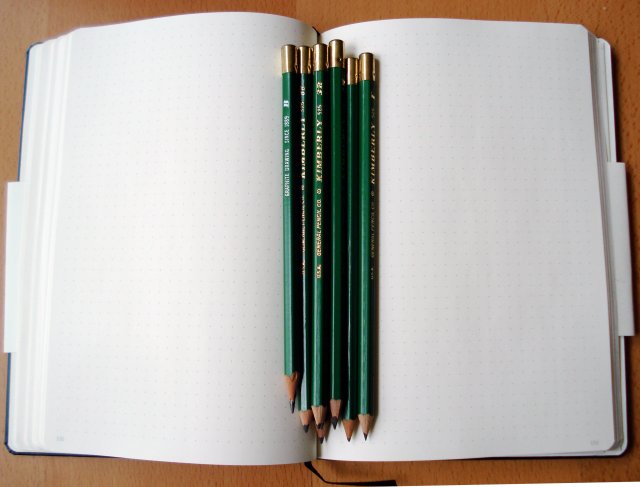 Overall: It is a unique offering from a unique company. It is 2010, so you can buy one of these pencils and contemplate that it was made on a one hundred year old machine. You can also enjoy the pencil for it’s excellent quality!

Many people say they want smaller companies like General Pencil to survive – the best way to achieve that end is to buy their products. 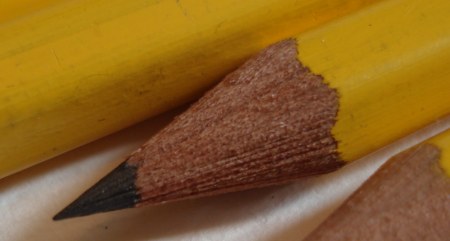