Our fifth and final article on Faber-Castell perfect pencils.

This is the original silver-plate version that you’ve probably seen languishing in storefronts for some years now.

The set is all wood, with a heavy metal (brass?) silver-plated lid.

The inlay that surrounds the writing instruments is also solid wood, unlike the frosted green glass case. 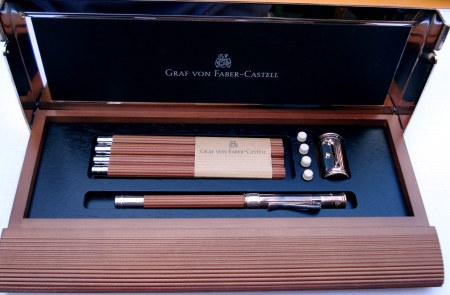 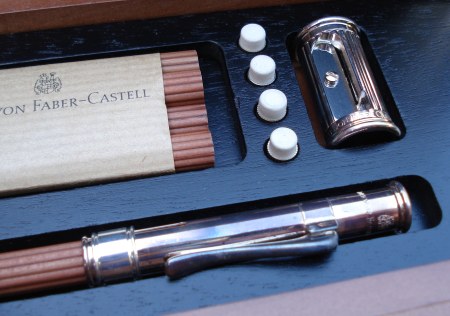 The extender is the slimmest we’ve yet seen, as the cap doesn’t contain a sharpener. 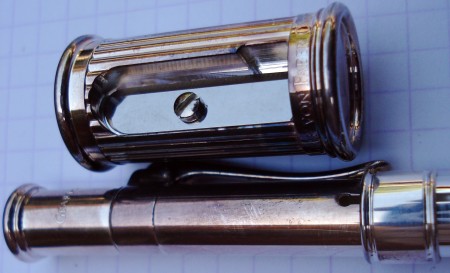 The mechanism is like that of a traditional pencil extender, with a sliding ring. There is also a nice Faber-Castell clip.

Since there is no built-in sharpener, a sharpener is provided – maybe the nicest (and possibly the heaviest) compact manual sharpener ever made. Finished in fluting like that of the pencil, it matches a larger two hole desktop model, as well as the Graf von Faber-Castell erasers and the pencils themselves. 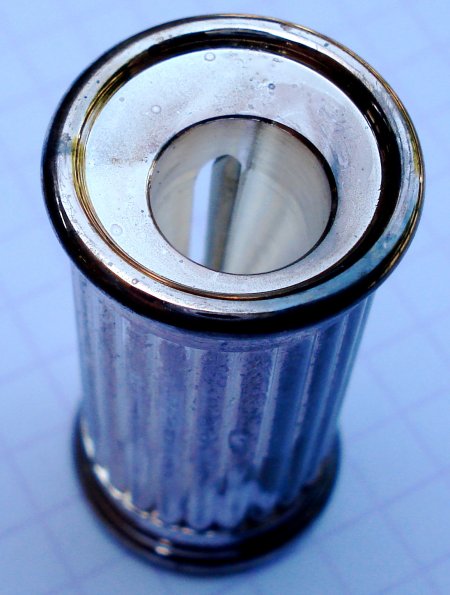 This case has since been updated to include the platinum-plate perfect pencil (no classic sharpener, though). I would recommend it over the frosted glass case based on construction and material quality. 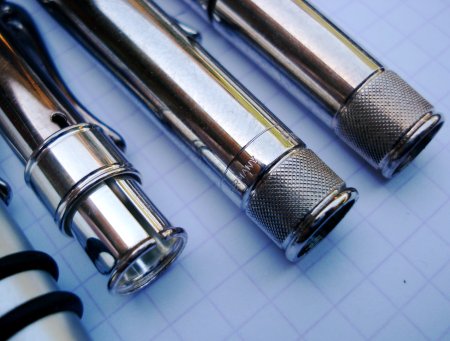 It’s the only one of the series that I generally leave at home, probably because the ones with sharpeners are just a bit more practical. 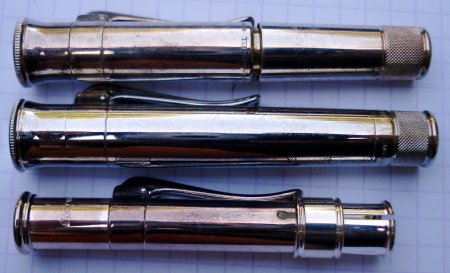 This product started the line, and I think, was very important to the pencil industry, much in the way high end sports cars can stimulate overall car sales, though they themselves may sell in very small quantities. 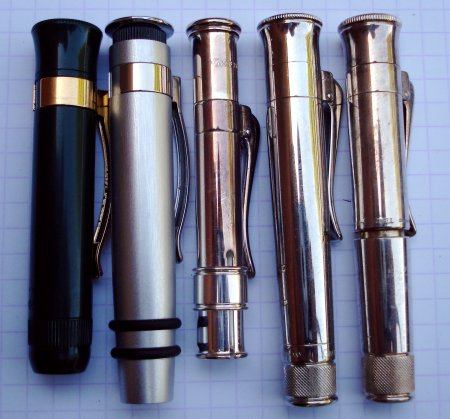 There are at least three more perfect pencil versions. I can’t write about them from personal experience, and don’t know how their mechanisms might differ from the featured pencils.

– A sterling silver version. Still for sale as far as I know.

– A stainless steel with diamonds version. This was a limited edition. It shows up on eBay from time to time. I actually got an email a couple of years ago from a dealer who wondered if I wanted to buy one. My answer: maybe, but not at anything close to the full retail price. (No deal.)

– The famous white gold with diamonds version, a limited edition of 99. This was of course great marketing, getting immense amounts of publicity for being “the world’s most expensive pencil”. An article in The Economist detailed some of the marketing background. (This series was based on a management consultant’s recommendation that they create a premiere line.) These also show up on eBay from time to time, much reduced from their original price.

Overall, I am extremely impressed with what Faber-Castell has done in the perfect pencil series. 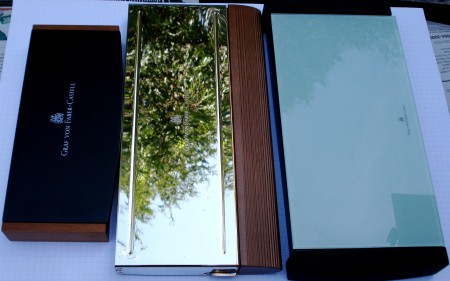