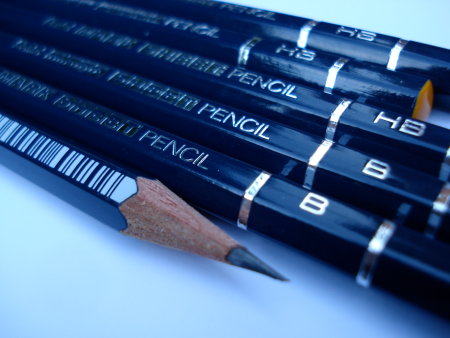 Quite a few people seem to be interested in these pencils, so I’m pleased to be able to mention a superb modern example that I recently learned about – the Pentel Mark Sheet pencil.

This hexagonal pencil is finished in blue with silver lettering. Two grades exist – HB, which has an orange cap, and B, with a red cap.

The pencils are marked – 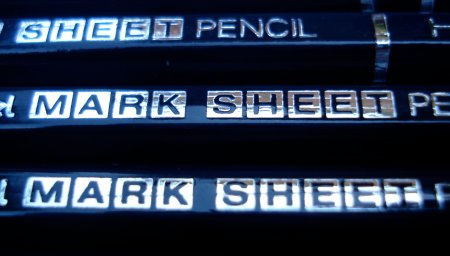 The lead is just superb – at the pinnacle of modern graphite quality. The pencils leave extremely dark, rich lines. There is often a crumbling issue when a pencil’s graphite saturation reaches this level, but these pencils have no such problem.

It would be hard to imagine a better performing pencil.