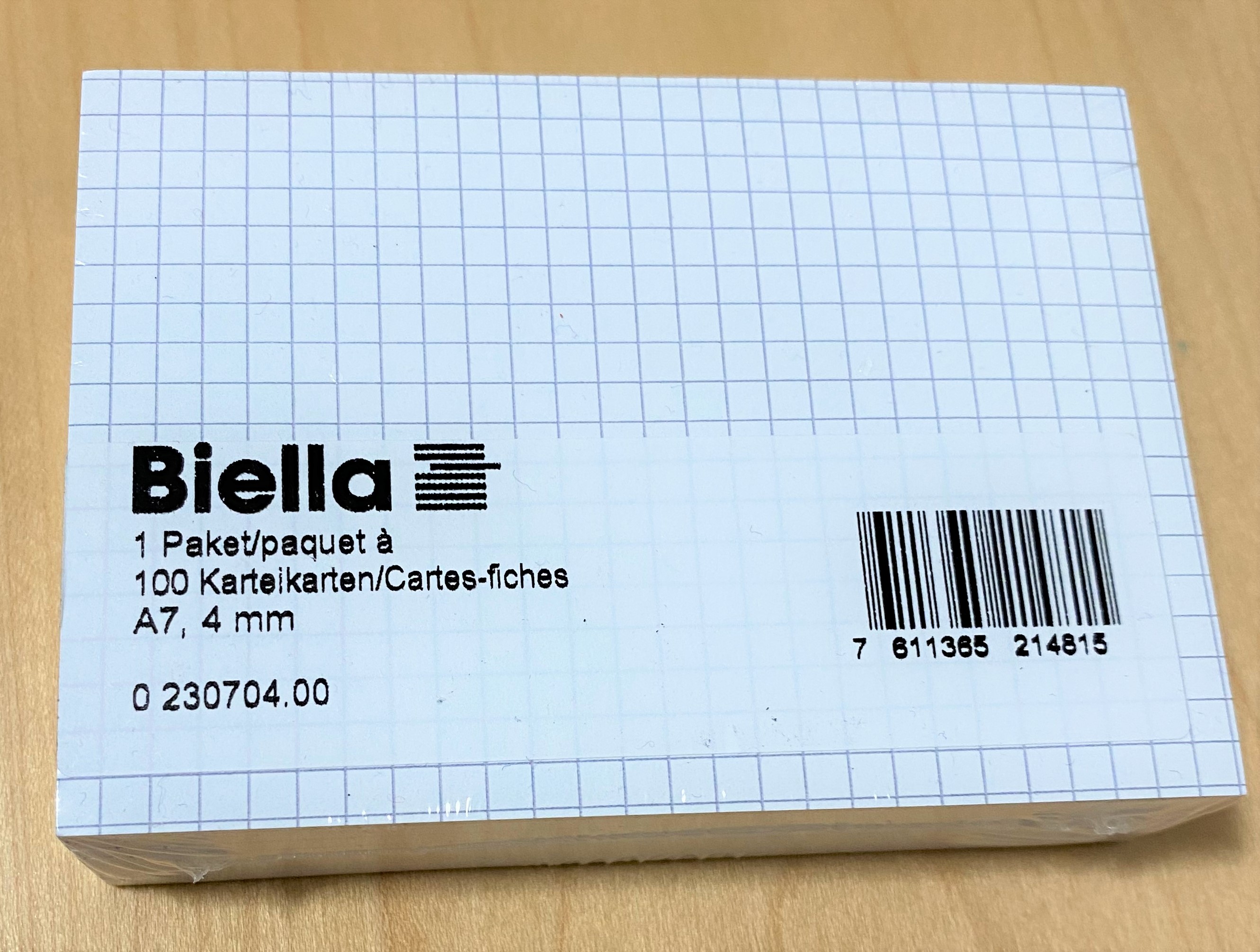 Biella is a Swiss stationery company. Though 120 years old, they don’t seem to be engaged in much export activity as far as I can tell. Their one product that I’ve previously purchased is the Canteo Notebook, which we took a look at in 2009. It was a nice product – conceptually similar to Leuchtturm and Moleskine notebooks, but a step up in paper quality and design. And being sold with a pencil and metal page darts in a glassine envelope didn’t hurt. 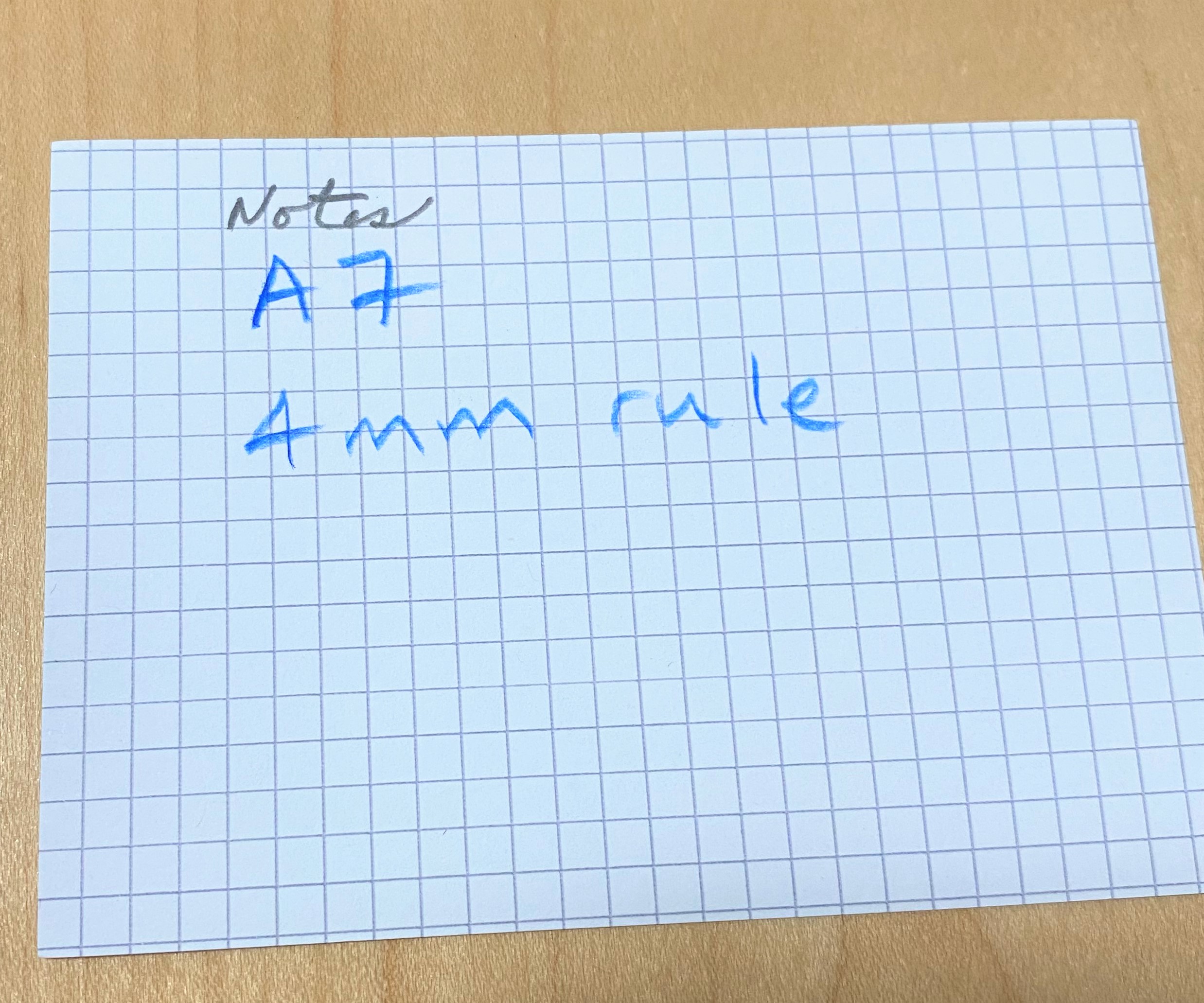 Last year I was fortunate to be able to visit Zürich’s four story stationer Papeterie Zumstein, and came across another Biella product – their version of the index card.

I love index cards, and my favourite is the Exacompta Record Card. I have used them almost every day for over a decade!

A small detour – there was a blog titled “Pile of Index Cards” that served as an inspiration (I think it is now offline) and which recommended some very particular tools. In particular, the “Correct” brand index card from Japan. Their benefit was said to be rule placement – with a 5mm x 5mm square grid, the first vertical rule was 5mm to the right of the card’s left side, and the first horizontal rule 5mm below the card’s top side. i.e. – the grid ruling was printed to respect and match the card’s dimensions. Further, each card could be expected to match this pattern. This allowed marking the edges of cards to give them particular meaning and to visually convey basic information even before one reads the card. Years later, I can buy Japanese index cards locally. Unfortunately, even if possessing super deliberate ruling, they’re made from thin paper. In fact they seem to me to simply be small dimension pieces of paper. I do find that I like the thicker card stock of North American or European index cards. 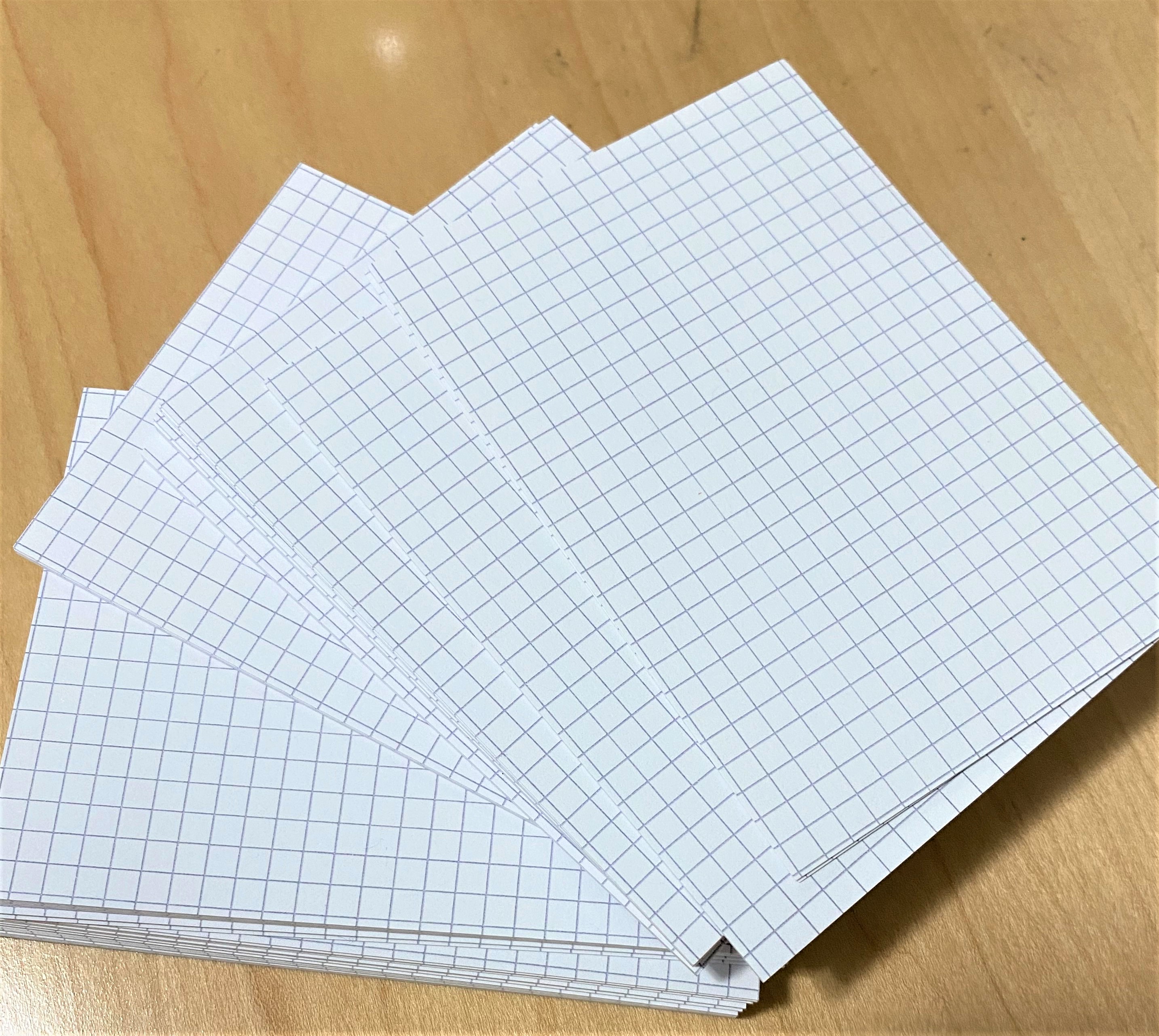 This particular card is a small A7 size with a 4mm grey square rule. It looks great, but I noticed right away that the paper seems thinner and less smooth than the coated Exacompta. I’ll be sticking with Exacompta, but I’m glad to know that there are competitors around.