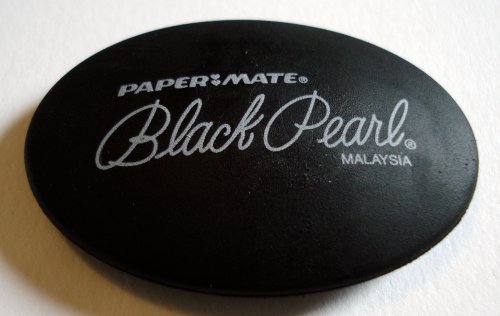 My thanks to Diane for kindly sending me some Black Pearl erasers in June.

Compared to the other black erasers we have looked at, which were all roughly block shape, the Black Pearl is distinguished by a flattened oval shape. Just for this alone, I like it. It is portable, easy to grip, and works well.

It seems harder, and a bit denser, than other black erasers. Perhaps this is a manufacturing requirement for a thin eraser.

Just how well does it work? I used the same Rhodia pad and Staedtler Mars pencil as in the previous review, and have added a Palomino pencil. 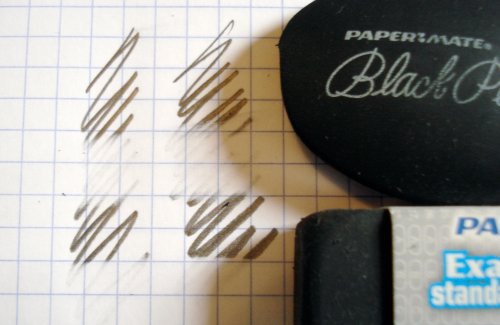 It erases not quite as well as the Papermate Exam eraser. The softer erasers seem to have an advantage with this particular graphite/paper combination. 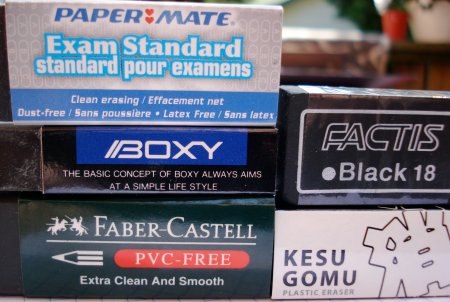 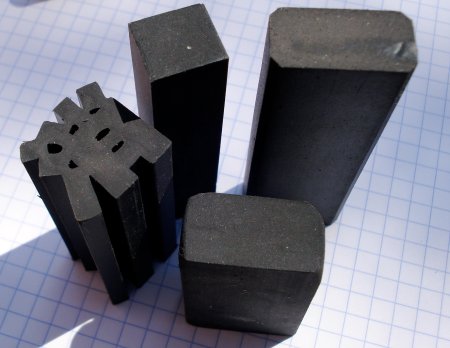 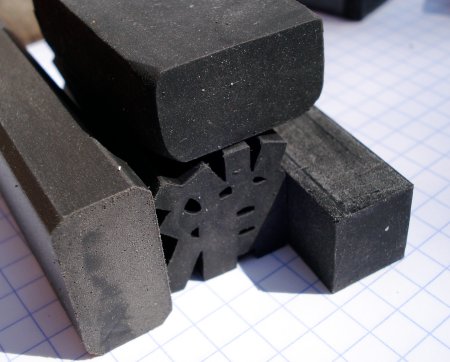 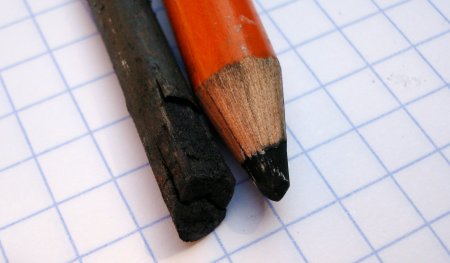 If you’re going to have exam pencils, you might as well have exam erasers, right?

The Papermate Exam Standard Speederase appears to match the corresponding Papermate pencil, except that it was purchased at retail in Canada.

It comes in a very unusual black, and is labeled as being latex free, smudge resistant, and dust-free. 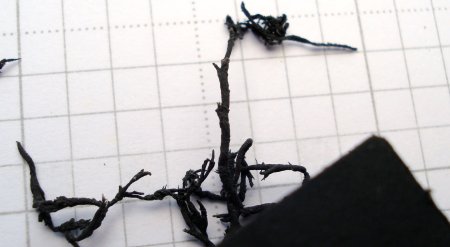 Trying it out on Staedtler 168 exam pencil markings on a Handbook Journal Co. Quattro notepad, it does the job, though not perfectly.

I discovered the Uchida Proeraser some while ago while browsing the uncomfortable chair. It is a nicely-finished all-metal clutch holder for erasers. Most unusual.

The one I ordered came with an ink eraser.

As it takes an eraser of 3.8mm diameter, it occurred to me that it should be able to handle a 3.8mm lead. A less common size, Pilot, Koh-I-Noor, and Caran d’Ache all make leads and holders in this diameter.

The most accessible pencil in this category is probably the Pilot Croquis, available at many art supply stores. 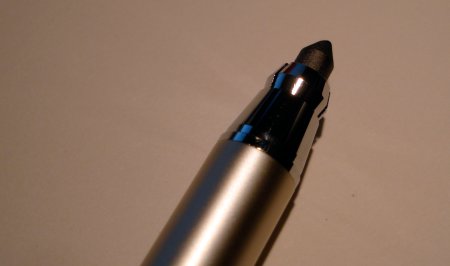 I put a Pilot refill in the Uchida – and found I had a very usable and nice looking 3.8mm clutch leadholder.

Here are a couple of amazingly thin erasers.

The Tombow Mono zero is a 2.3mm diameter cyclindrical eraser, dispensed by clicking the cap. It really does seem like a mechanical pencil in both form and function.

I thought this eraser was probably a borderline novelty, but it worked quite well over a period of days. You wouldn’t use it to erase several lines of text, but it is great for smaller tasks such as changing a line fragment, digit or letter. 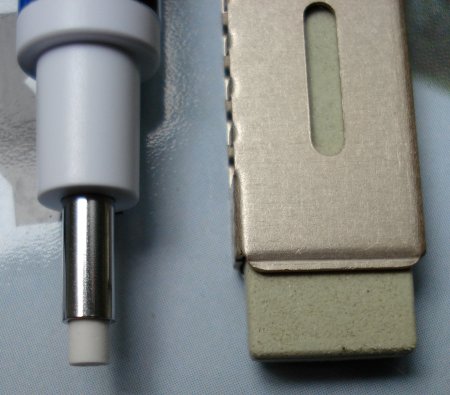 The Pentel Clic Eraser Hyperaser is a rectangular metal housed eraser. It has a dispense mechanism similar to that of most stick erasers, such as the Staedtler 528 50. A clip as well!

This is an ink eraser. It seemed to work well on tests with ballpoint ink, and less well with fountain pen ink.

I wasn’t expecting much, but both seemed pretty good.

The main problem I see it that both require yet more proprietary refill types. The Mono zero in particular seems like it will require a replacement eraser soon enough.

My thanks to der Lexikaliker for the Pentel eraser. 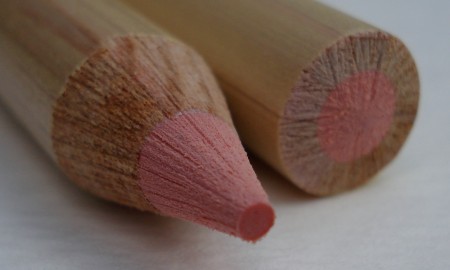 Wow, perfection! Or, maybe not…

The Perfection 7056 is a woodcase pencil format eraser from Faber-Castell.

Unusual looking by pencil standards, it is a very lightly hued/pale (almost ash) woodcase pencil with a light pink eraser core. It walks and talks like a pencil – but acts like an eraser.

The format provides convenience and a familiar grip – if you can hold a pencil, you can hold this eraser. It also provides an always “clean” eraser surface for those who prefer or require this – just sharpen, and the eraser is like new. 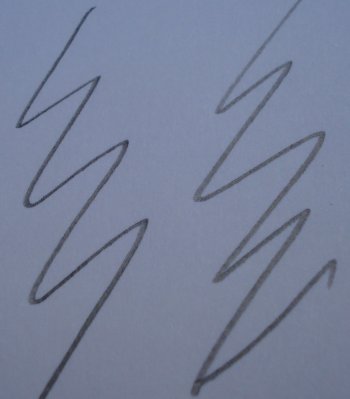 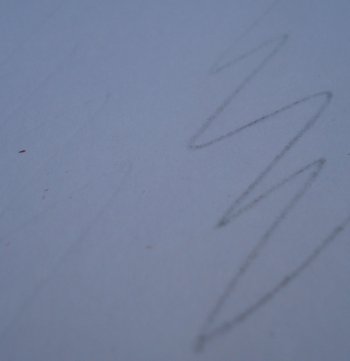 What a difference. The Perfection has several pluses, but as an eraser, it seems quite sub-standard compared to typical format quality rectangular erasers. One note: it did seem very gentle on paper – perhaps the forte is in a specialty area.

Do you use this eraser? What do you use it for?