The Colleen Pencil Company of Japan met a sad demise about a decade ago. Highly esteemed by pencil users, their products were known for very high quality and innovation. Kero556’s Colleen pencil blog is a testament to the bond that Colleen created with their users.

A former Colleen manager has continued the company name in Thailand, and at this year’s ISOT fair, Colleen Thailand announced the launch of a number of new products.

One of these new products is highly unusual – a set of colour pencils in teak. And I mean teak wood, not just the colour of the surface finish. 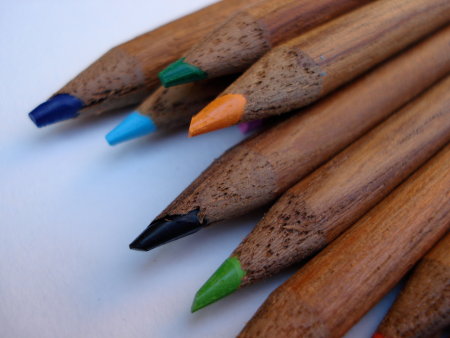 Though there are many tree species in the world, very few seem to be used for pencil production. Cedar, jelutong, pulai , basswood – and anything else? I’ve seen other species mentioned, but don’t know if they are in current use. Of course very few pencils reveal much about their constituent ingredients, so those of us outside the industry are typically left guessing. 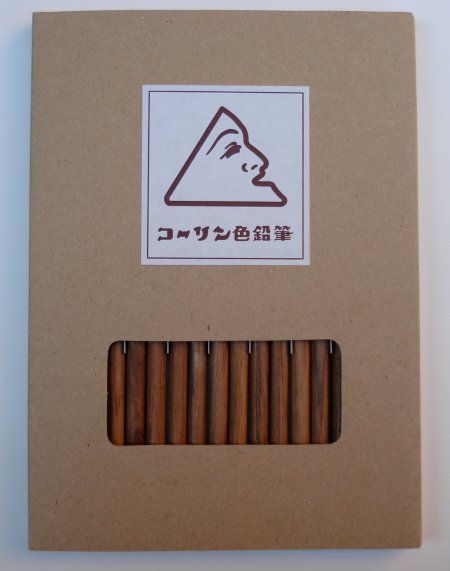 I love the idea of experimentation with wood sources, and challenging traditional notions of the pencil.

Teak is of course associated with luxury furniture making. I can find no references to teak being a pencil material, other than a Rainforest Alliance report (PDF format) from 2005 suggesting that furniture scraps could be used to make pencils. 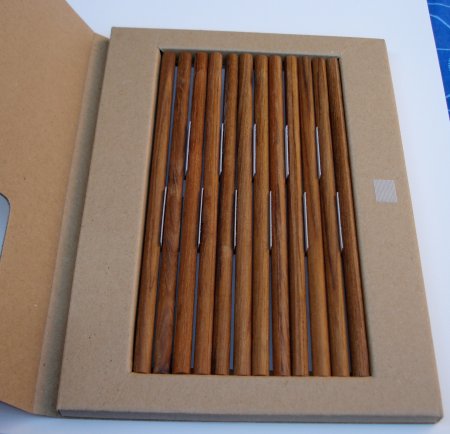 Even if not commercially scalable, I applaud Colleen for the way they have chosen to celebrate the art of the pencil and their brand relaunch.

The pencils are presented in a minimal cardboard box with velco fastener.

The pencils themselves have no external markings, and to my surprise, are not super-refined and finished, but rather rough and raw.

The finish makes one very aware of the wood and forest origins of the pencils. Kero556 tried to sand and wax them if I understand correctly. I am not sure if the “upgrade” attempt worked!

Since these aren’t exactly available at the corner store here in Canada, I decided to be very careful about selecting the sharpener. I chose a nearly new Tombow SM-200WN (blunt point) for reliability. 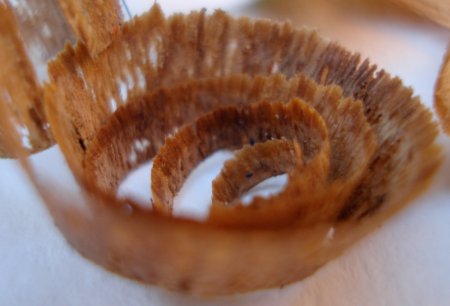 A little tougher than cedar, all pencils sharpened without problem, and just one lead broke. The shavings are most unusual. Handling the pencils also highlighted a couple of cases where the pencil halves didn’t seem fully joined. Still, nothing major.

I would usually get a pen or pencil to use with a notebook, but these pencils were so special, I got a notebook to go with the pencils – a nice Holbein Multi-Drawing Book, made in Japan. 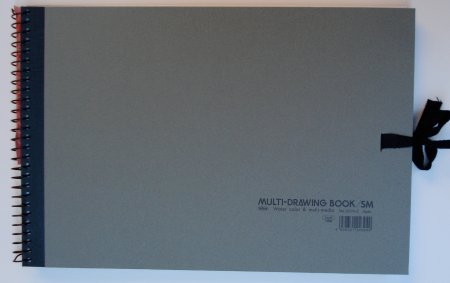 I think they are a very nice set, and hope Colleen will continue releasing innovative products in the future!

We mentioned in July that the revived Colleen Pencil Co. had made some significant announcements, including some fascinating new products.

The Colleen web store now seems to be online. A dozen teak pencils sell for JPY4200. I didn’t see the Hi-Pierce pencil for sale.

Unfortunately, it appears sales are to Japan only, via Japan Post COD. I hope Colleen will expand sales to other countries soon.