The closure of Sanford’s US pencil factory last year was perhaps the final chapter in the story of US pencil manufacturing’s demise.

Starting with the move of incense cedar pencil slat maker CalCedar’s manufacturing to China, and followed by Dixon’s departure to Mexico and China, Sanford’s exit was perhaps expected. Of course, the names and brands carry on.

Papermate’s current website gives no indication of woodcase pencils being part of the product line. A weekend visit to a large office supply store revealed a hint of the future. The most expensive pencils in the large store, the box of 12 No. 2 Mirado pencils appears as they have for years, except for the statement “Made in Mexico”.

The back of the box states:

The pencils themselves are yellow, just like their predecessors, except missing the “USA” lettering. 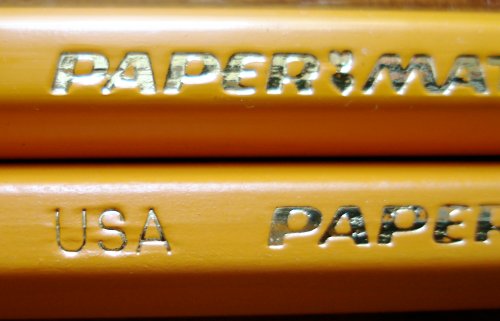 The manufacturing details appear slightly improved – they’ve reverted to an unsharpened format. Some paint spills over the end, but the problem of imprecise clamping of the ferrule appears much better. The varnish seems okay, not the best, yet certainly better than the “no name” pencils that supermarkets sell. 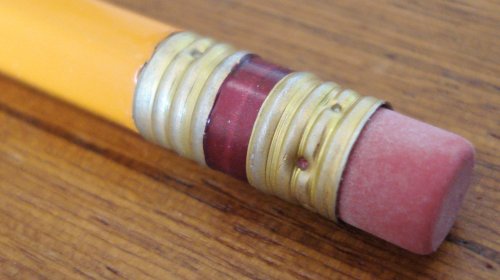 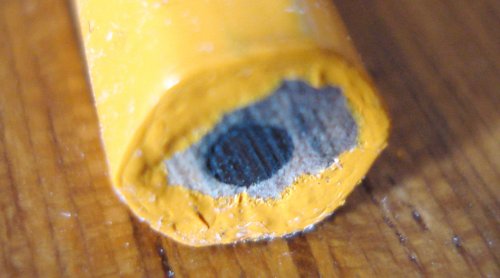 I had no trouble sharpening the pencil in a manual sharpener, a desktop Carl, or a battery-operated Panasonic sharpener.

A real surprise. I’ve never been a huge fan of this pencil, possibly because of the bland, generic appearance. But it writes quite well. Perhaps not as smoothly as pencils costing five times more, but still quite nicely. It certainly seems as good as the US made predecessor, and I’m wondering if it may even be better?

The erasers seem exactly like those of the predecessor, pink with powdery (latex?) coating. At least while new, they work reasonably well, especially compared with other “pink” erasers.

I am leaning towards a conclusion opposite to the one I thought I was going to make. Whether it is new equipment or some other factor, the new Mirados seem to be manufactured to a standard at least as high as their immediate predecessors.

Have you tried them yet?