In terms of modern day desktop sharpeners, there is one thing that seems to be true – they all appear to be essentially the same. With the exception of a very pricey model from El Casco (and possibly one from Caran d’Ache), these products are nearly identical (whether labelled Carl or Staedtler or Faber-Castell or no-name) and seem to be made at the People’s No. 2 Sharpener Factory in Yangzhou, or some similar facility.

This comment hits the nail on the head about today’s specimen – this sharpener is either an unbranded Carl A-5, or from the same supplier that Carl uses. As Carl sharpeners have been mentioned here many times over the years, they will be used for comparison.

The product is packaged in a way that makes shipping feasible: 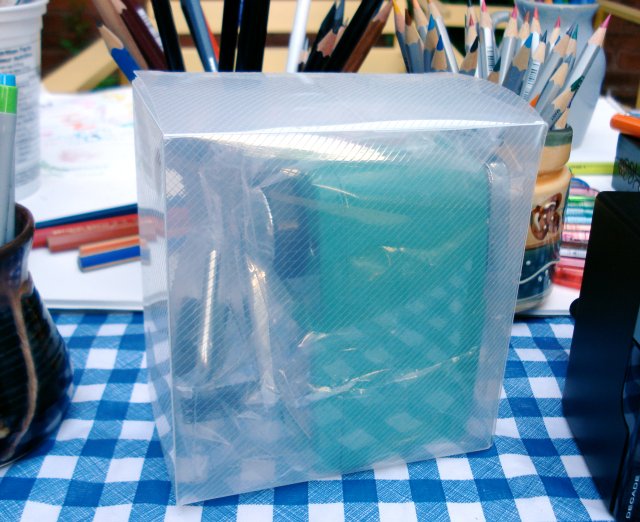 The sharpener has a different aesthetic, and is cased in metal, making it heavier and more substantial than the plastic housed Carls. Between the Carl Decade 100 and Carl Bungu Ryodo: 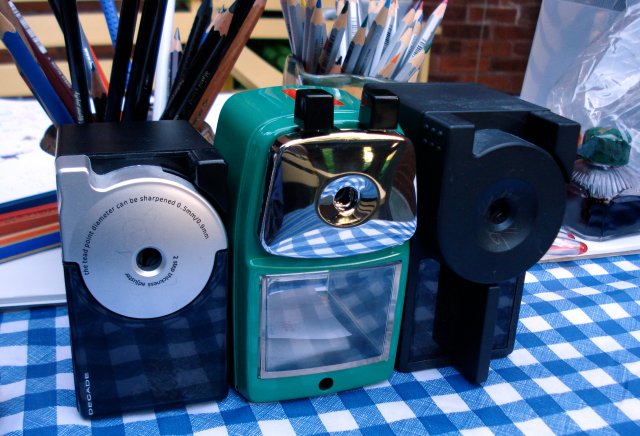 Unlike those Carl sharpeners, the jaws mark the pencils. Whether or not this is a deal breaker would be a personal choice. I did not attempt to transplant the guide mechanism and padded non-marking jaws of a Carl sharpener to the Classroom Friendly model. It should be feasible as far as I can tell, but the look of the sharpener would be off. 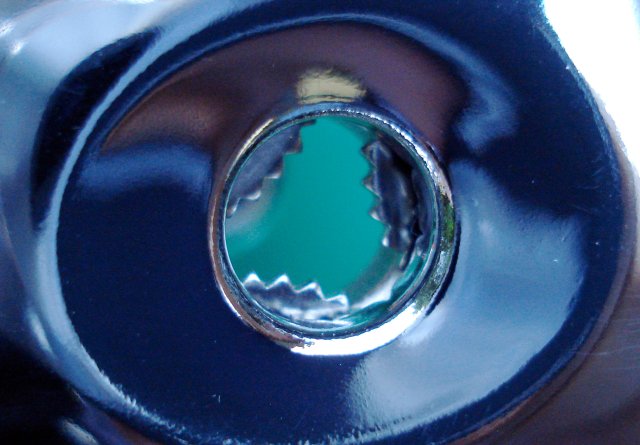 Finally, on the question of sharpening – there is no point adjustment capability.

The official Carl product page reveals the A-5 to be the least expensive of the Carl range. It and most other models do not have adjustable point settings. The top of the line CC-5000 has five point settings!

The surprise is that the Classroom Friendly point (top) is even sharper than the acute setting of the Decade:

That point is so sharp that most leads sharpened in that way will break fairly quickly under any pressure – but it is dramatic!

I did try and move the blade mechanism between sharpeners. That works, though you understandably get another odd looking sharpener.

While I didn’t test it in a classroom, the product is excellent for personal use, and I have no trouble recommending it. Troy has been selling these since 2004, so you can be confident in the vendor.