A decade after a post on the iconic Nataraj 621 pencil, pencil talk was graced with a comment by pencil industry veteran Harshad Raveshia. Mr. Raveshia, an executive at Indian pencil company DOMS, noteworthy commenter at pencil talk, and online friend – shared some major news.

A recent article in the Economic Times gives some details about the Indian pencil industry. The largest companies are all family managed, but this decade has seen global investments – Kokuyo of Japan taking a majority interest in Camlin in 2011, and FILA of Italy taking majority control of DOMS in 2015. Hindustan is left as the last major Indian owned Indian manufacturer.

The article also shows Tofler revenue and profit graphs – and the profit graph shows increased annual profit for DOMS, while Hindustan and Camlin are just breaking even.

The article mentions another major company that is new to me – Maharashtra Pencils, an OEM manufacturer.

Many Indian pencils are now much easier to acquire in Canada than they were in 2009, but most remain hard to find. I did read of an online seller, Curios India, via Instagram. I requested that they send me a box of each current commercially available pencil.

Careful what you ask for. I received two very full plastic tubs of pencils: 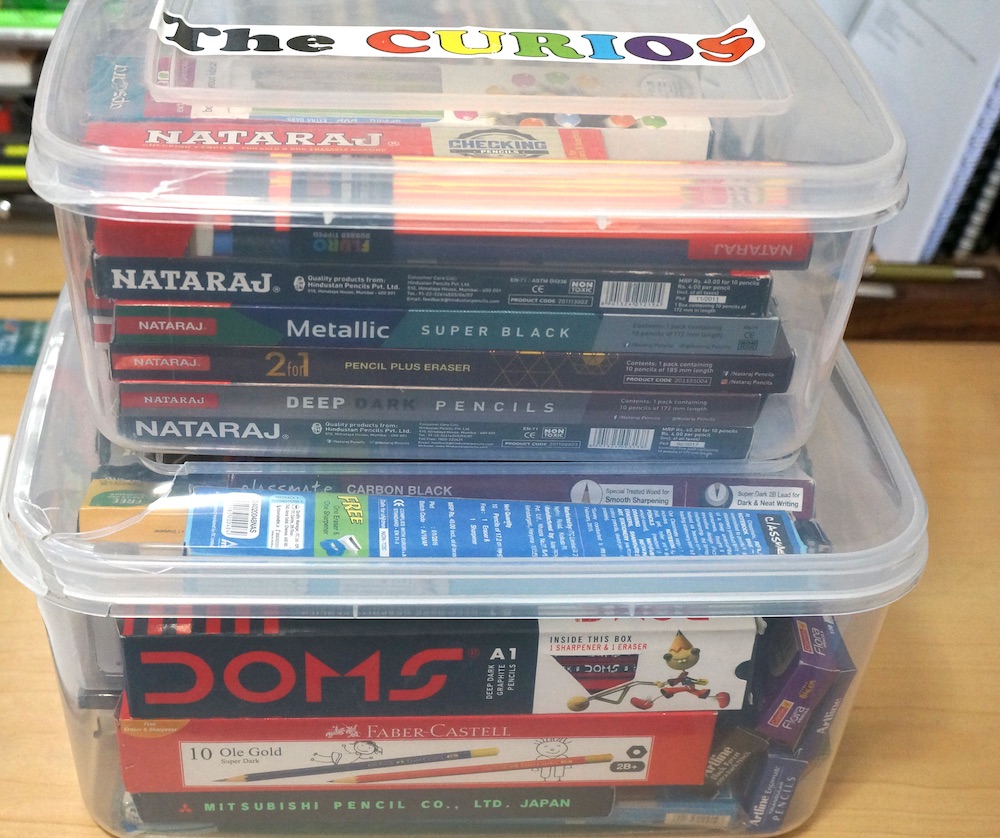 As a high level summary, this is the cargo list:

And brands I’m more familiar with:

Also, various loose erasers and sharpeners were in the package.

So I received 60+ boxes of pencils. Most are rectangular cardboard boxes of ten, but there are also triangular boxes, plastic boxes, and paper wrapped sets. 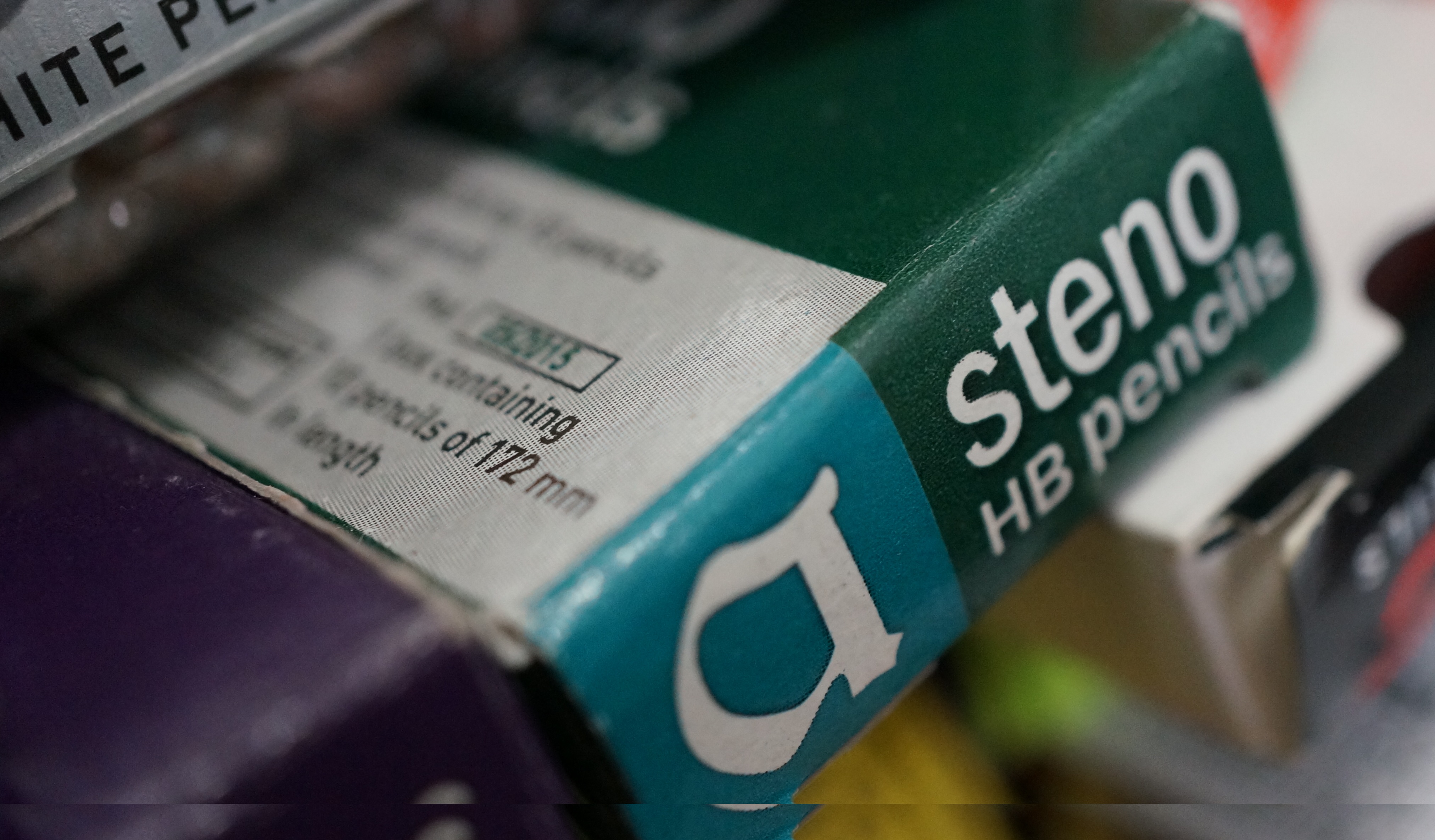 The initially exciting products for me are the specialty pencils – steno pencils, copying pencils, red and blue pencils. I also hope there are some quality regular graphite pencils. I’m also curious about the Faber-Castell India products. And – differences between the major manufacturers. 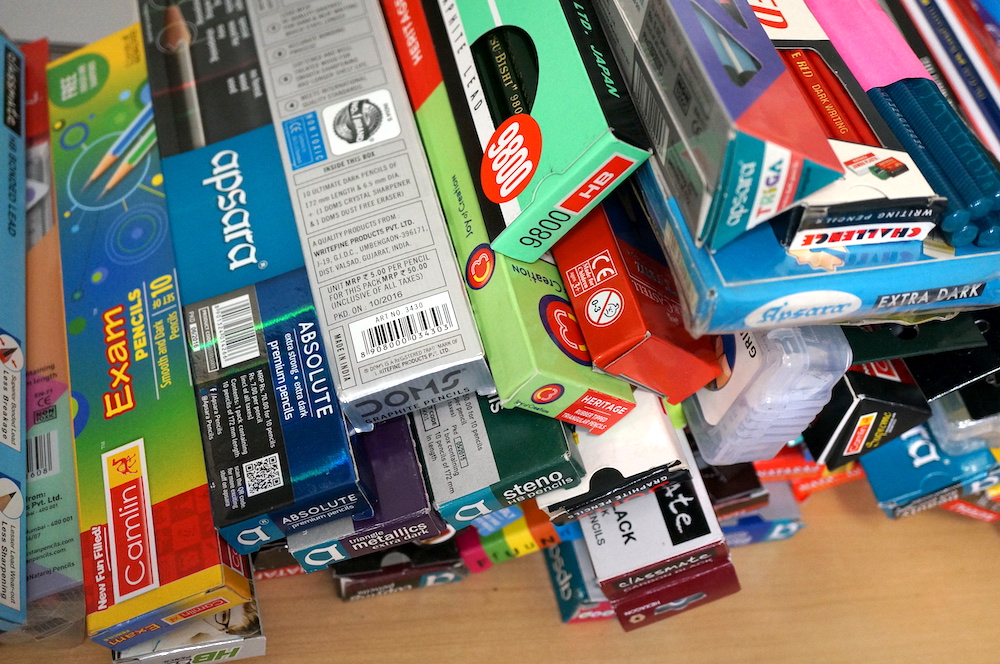 We’ll take a look at these pencils in future posts. I’ll also mention – this is the largest single pencil haul I’ve acquired since purchasing the Timberlines set in 2008. I hope to find creative ways to share these pencils with others.